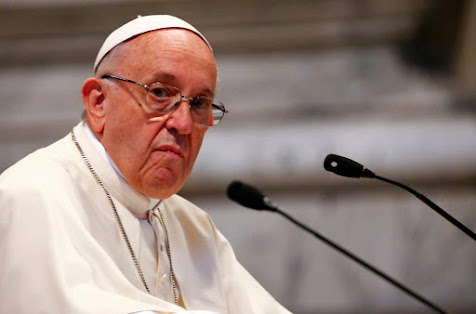 Pope Francis of the Roman Catholic Church has for the first time directly appealed to Russia’s President Vladimir Putin to stop the “spiral of violence and death” in Ukraine, Al-Jazeera reported.

In an address on Sunday dedicated to Ukraine in St Peter’s Square, the head of the Catholic Church said he is haunted by “rivers of blood and tears”.

“My appeal goes above all to the president of the Russian Federation, begging him to stop this spiral of violence and death, even out of love for his own people,” he said.

He also lamented the annexation of four Ukrainian regions by Russia’s troops, saying it risked nuclear escalation, hence urging Putin to think of his own people.

Ukraine and Western allies condemned the annexation as illegal, and Kyiv said it will continue fighting to recapture all occupied Ukrainian territory.