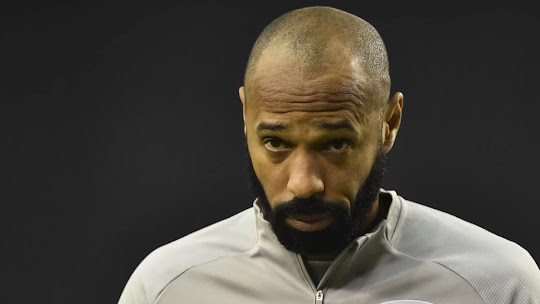 Arsenal legend, Thierry Henry, has sympathized with Paris Saint-Germain forward Kylian Mbappe over his current situation at the club.

Henry also questioned PSG’s methods of convincing Mbappe to stay at the club after a summer full of speculation that he would move to Real Madrid.

The former Barcelona striker said this while reacting to rumours that Mbappe wants to leave PSG.

Mbappe was reportedly promised that he would have more freedom to play on the wings – which has not been fully realized in his time at the club so far this season, and that has led to his possible unhappiness.

Henry noticed that the 23-year-old is not happy with the current position that he is in and sympathizes with him but feels the France international should continue to play there for the good of the team.

“We know he doesn’t like it and I think like I was saying, nobody likes to be exposed to what you are not good at. You just don’t like it, but there is something that is bigger than everyone else and that is the club,” Henry told the CBS panel after PSG’s Champions League 1-1 draw with Benfica on Tuesday.

“I didn’t hear anyone saying, “oh what a nice gesture to go play on the left “… But at one point, I always remember, there’s only one rule: the boss is asking you to do something, you do it for the good of the team. And your team is winning. If your team is losing, I would understand your argument.”