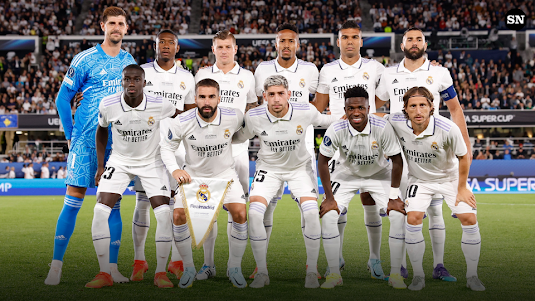 All LaLiga teams except Real Madrid have been dumped out of this year’s Champions League.

On Wednesday night, both Atletico Madrid and Barcelona were eliminated from the competition.

Barca already knew they were knocked out before even kicking a ball against Bayern Munich at the Nou Camp.

This follows Inter Milan’s 4-0 win over Viktoria Plzen, which relegated them to a Europa League place.

Atletico Madrid crashed out of the Champions League thanks to a 2-2 draw at home to Bayer Leverkusen in which they missed a stoppage-time penalty.

This means Diego Simeone’s side will exit at the group stage for just the second time in the last 10 years.

Leverkusen took the lead through Moussa Diaby, but Atletico equalized thanks to Carrasco.

The Bundesliga club then took the lead again through Callum Hudson-Odoi.

Again, Atletico equalised early in the second half through Rodrigo De Paul. But they will now have to settle for scrapping with Leverkusen for a spot in the Europa League on matchday six.