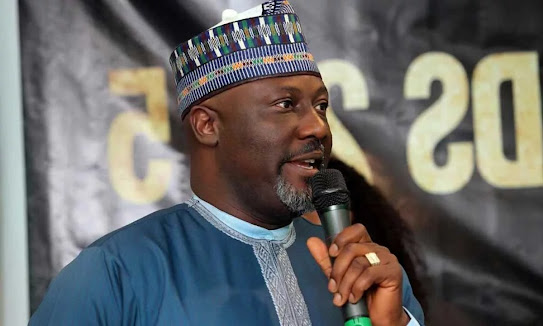 The Spokesperson for the Peoples Democratic Party, PDP Presidential Campaign Management Committee, Senator Dino Melaye has revealed that the party will kick off its campaign in the Southern part of the country because its candidate Atiku Abubakar is a northerner.

Saga Gist reports that the main opposition party has scheduled to flag off its 2023 presidential campaign in Uyo, Akwa Ibom State on Monday.

Speaking with Arise TV on Saturday, the former lawmaker who represented the Kogi West Senatorial District, claimed that the PDP is the only party prepared for the 2023 presidential battle.

According to him, the flagbearer of the All Progressives Congress, Bola Tinubu and his Labour Party counterpart, Peter Obi are not popular in many parts of the country, stressing that they are not prepared.

He said the party took the decision to start its campaign from the South “to show a unity of purpose in the person of Atiku Abubakar.

“He (Atiku) said since he is from the North, it would be okay to start the Campaign from the Southern party of the country.

“Atiku is the only one in this country that is welcome in the 36 states of Nigeria, including the FCT. What would happen in Uyo on Monday will tell Nigerians the difference between darkness and light.

“Go to the core North and the Eastern part of this country and tell them Tinubu, many people don’t even know him. When he was campaigning for the presidential ticket of his party, he did not even go to the East”.