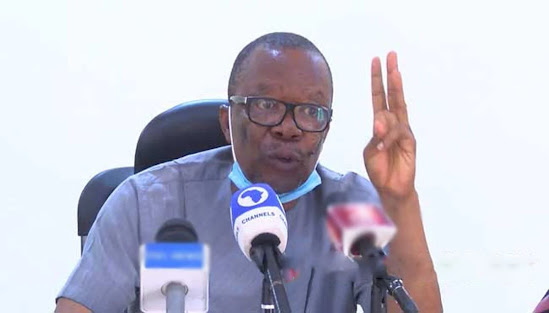 The Academic Staff Union of Universities, ASUU, has explained why it called off its eight-month strike.

Osodeke disclosed this while appearing on Channels Television’s Sunday Politics.

“As you have seen from our press release – although there were interventions by the Speaker (Gbajabiamila) and others – the major reason we are resuming is because we are obeying the industrial court’s judgement. The issues have not been fully resolved and no agreements signed.

“We are resuming because we are a law-abiding organisation and we don’t want to break the law.

“We are also hoping that the intervention of the Speaker as promised by him will resolve this problem within a very short time. So, the issues have not been resolved but we would resume because of that court injunction.”

A court of appeal had ordered ASUU to return to class after the National Industrial Court ruled against the union.

However, the ASUU National President also blamed the Minister of Labour and Employment, Chris Ngige, for the prolonged strike.

“But one of the ministers, the Minister of Labour, believes that the best way is to force them to class. But because of the interest of the Nigerian people – the students, their parents, and the Speaker who is intervening – our members will teach,” he added.