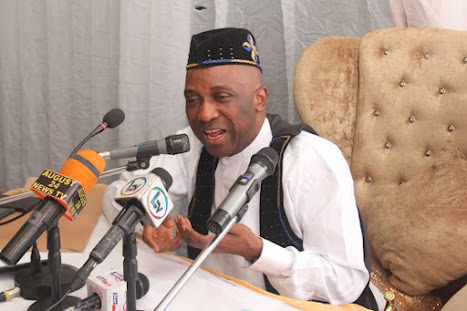 The Leader of NRI Evangelical Spiritual Church, Primate Elijah Ayodele, has warned that the decision of the Central Bank of Nigeria, CBN, to redesign the naira would not stop kidnapping and general insecurity in Nigeria.

In a statement by his media aide, Oluwatosin Osho, Ayodele said those responsible for the policy were confused.

According to Ayodele: ‘’The money design solves nothing in the economy, either you change it or not, it doesn’t stop terrorism, kidnapping, insecurity, it’s just mere waste of money.

“These people are not seeing anything, those incharge are confused, we need divine intervention so we can get result.’’

Primate Ayodele also urged Nigerians to kick against plans to drop BVAS during the next general election.

He said the use of BVAS would prevent rigging of the poll.

‘’Nigeria should protest if BVAS is nullified for the election, the only way to prevent rigging is by Using BVAS,” he added.