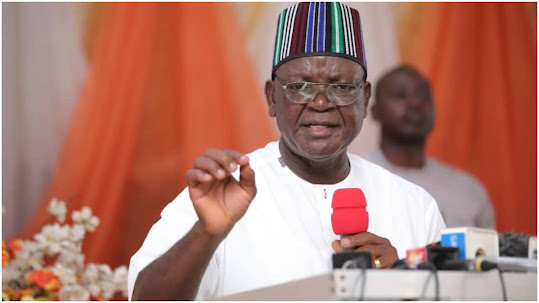 The Benue State Governor, Samuel Ortom has assured the wife of the APC Presidential candidate, Senator Oluremi Tinubu, that the relief materials she donated to the state will be judiciously distributed to the victims of the flood.

He spoke Monday, October 24th, 2022 when he received in the Presidential Lodge at Benue Peoples House, Makurdi, wife of the APC Presidential candidate who visited the state to sympathize with those displaced by flooding which has ravaged some parts of the state.

Ortom on behalf of the Government and people of the State, expressed appreciation to Senator Tinubu for the visit to identify with the flood victims, stating that her visit rekindled hope in those displaced by the flooding.

The Governor then mandated the Executive Secretary, State Emergency Management Agency, SEMA, Dr Emmanuel Shior to ensure judicious distribution of the relief materials to only those who have been affected by the flooding.

Senator Tinubu in her remarks announced a donation of 10 million naira to the victims of the floods.

She recalled her fond relationship with the people of Benue state, noting that what affects the people also affects her.

She said her visit was not to campaign but to sympathize with those devastated by the floods and expressed optimism that the little relief items made available will provide succour to the victims.

Senator Tinubu further urged those affected by the flood not to be weighed down by the situation but continue to push on.