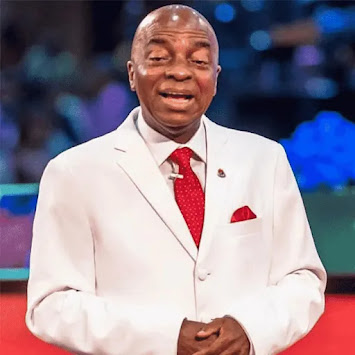 A pastor of the Living Faith Church also known as Winners Chapel, Calabar, Dominic Essang Winner, has alleged that the “cabal in the church” has been persecuting, maltreating and frustrating him, although he has spent two decades in the church and now has six branches under him.

He spoke in an interview in Calabar after he sued the church and its founder, David Oyedepo, for not following the Mandate/operational manual used by the ministry to fire erring staff.

He went further to claim that the gang up and lies against him led to termination of his appointment as resident pastor of Palm Street Extension parish Calabar.

He has, therefore, dragged the church before the National Industrial Court of Nigeria, Calabar Judicial Division for alleged unlawful termination of his appointment.

In suit No: NICN/CA/25/2022 suing Founder of Living Faith Church Worldwide Incorporated, Bishop David Oyedepo, Adebisi Aboluwade, and other two defendants for N350 Million compensation, the dismissed pastor, a Maths Statistics graduate of the University of Calabar, said he was bitter, not because he has been sacked, but because, it did not follow due process of the church.

Essang was sad that the effort to let the General Overseer of the ministry, Dr David Oyedepo wade into the matter was highly frustrated by the cabals.

Essang said, “I was a member of that church for over a decade before training to become a pastor. At least, I have spent more than two decades in the ministry, that alone makes me a son to our General Overseer, Bishop David Oyedepo.”

According to him, the church cabal consists one Pastor Tamunotoye Chukunda and the state pastor LFCWW Cross River State, Pastor Adeolu Adewumi.

“According to the Living Faith’s operational mandate, before a pastor is sacked, such would first be queried in writing and made to appear before a disciplinary committee. Thereafter, three more warnings before he can be issued a termination of appointment letter. In my case nothing of such happened.

“I was not given the opportunity to appear before any disciplinary panel to defend myself.

“As I speak to you, I can’t even pay my children’s school fees nor pay my rent, or afford food, clothings and medicine for my kids”, Essang lamented.

Reacting, State Administrative Officer of the Church, Den Taiwo denied the allegations, saying no section of the operational mandate was violated.

The matter comes up for hearing at the National Industrial Court on 25 October, 2022.