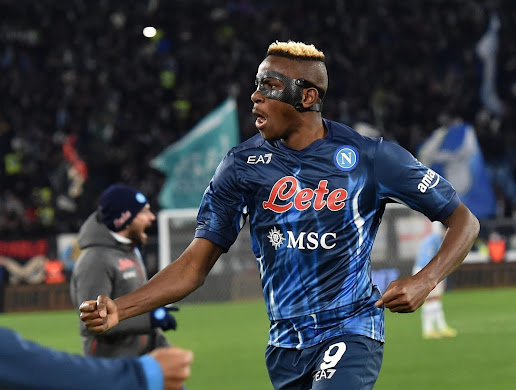 Napoli forward Victor Osimhen has dismissed talks of a rivalry between him and Giacomo Raspadori.

Raspadori shone for the Partenopei in the absence of Osimhen, who returned to action last week in the UEFA Champions League clash against Ajax after missing six games due to injury.

Osimhen scored in Napoli’s 4-2 win against the Eredivisie champions.

The 23-year-old replaced Raspadori at half-time during Napoli’s 2-1 win against Bologna on Sunday.

The striker then netted the winning goal in the 69th minute.

The Nigerian then ran over to the bench to celebrate with Raspadori.

“I love him, not just because he is now my teammate, when he was at Sassuolo too,” Osimhen told DAZN.

“He’s a top player, a great guy, he has been decisive for the team and we have a good relationship on and off the pitch. I love the solidarity in this team, which is the most important thing at this level.”