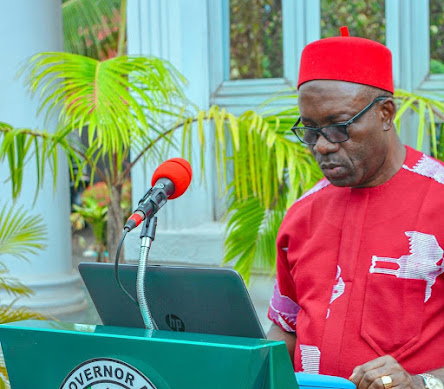 Anambra State Governor, Professor Chukwuma Soludo, has announced payments by families burying their loved ones, before they can paste posters of the deceased.

The letter stated a tax of N100,000 for display of burial banners across the state, and varying amounts for posters and other sizes of banners.

“Note that directional signs leading to the venue which can come in 1x 2ft size will not be charged. It is also important to bear in mind that after the duration of this period, any such board that is left standing will attract a penalty in the sum of the amount initially paid. This penalty is paid weekly.

“The Agency, in fulfillment of its statutory obligation, is not unmindful of the menace associated with non-commercial adverts that have literally occupied our out-of-home space. These adverts come in the form of obituary, religious, wedding and sundry flex, banners and posters.”

The agency said the reason for this was to curb the level at which people deface the environment, which has become a threat to the aesthetics of communities.

It said it will work with the town union to collect payment and also enforce it, adding that Soludo has the resolve of making Anambra a liveable city.”

The agency said communities, villages, hamlets, kindreds, churches and town unions would be alerted of the latest development.

Addressing the national chairman of ASATU in the letter, Ujubuonu said: “We have written to you because we have always regarded you as progress partners in the development of Anambra State.”