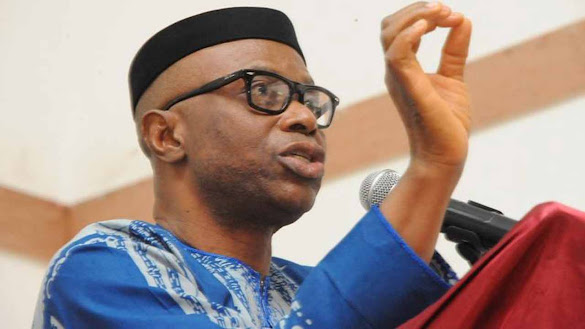 Former Governor of Ondo State, Olusegun Mimiko, has stated that the Peoples Democratic Party, PDP, must allow its internal structure to reflect the diversity of Nigeria before embarking on its 2023 mantra of unifying the country.

Mimiko, who disclosed that he has not backtracked from the position of Governor Nyesom Wike of Rivers State, Governor of Oyo State, Seyi Makinde, and other aggrieved leaders of the party on the agitation for regional equity within the PDP, stressed his commitment that a member of the party of southern extraction must be the National Chairman before the 2023 polls.

The ex-governor stated this on Wednesday while rejecting his nomination as ‘Leader of Campaign’ following his purported nomination on the Ondo State PDP Presidential Campaign Council list.

Mimiko, alongside Wike and Makinde among others, has been having a running battle with PDP and its presidential candidate, Atiku Abubakar, over the alleged refusal of Iyorchia Ayu to honour the agreement that he will resign as National Chairman of the party after the emergence of a northerner as candidate of the party.

According to Mimiko, in a statement by his Special Assistant on Media and Digital Communications, John Paul Akinduro, the appearance of his name on the list was fake as well as a deliberate attempt to muddle things up and smear his person.

He emphasised that he was not consulted by anyone and that he did not consent to his inclusion in the state’s PDP PCC list.

“Dr Olusegun Mimiko has been inundated with calls and messages from the general public, and his political friends and concerned individuals around the nation; and in particular, his teeming supporters across the length and breadth of Ondo State, seeking clarity on a fake news making the rounds since yesterday that he had ditched Governors Nyesom Wike, Seyi Makinde and their colleagues governors, and abandoned the agitation for regional equity within the PDP; and in particular, making a party member of southern extraction its the national chairman before the 2023 election.

“For the avoidance of doubt and to set the record straight, Dr Mimiko is unwavering in his commitment to the principle of equity, fairness and justice through which he believes a credible push for a PDP victory is possible.

“He fully subscribes to the agitation by his colleagues and other stakeholders in PDP and the generality of Nigerians that the PDP structure must reflect Nigeria’s diversity, if it genuinely wants to unify a visibly divided country.”