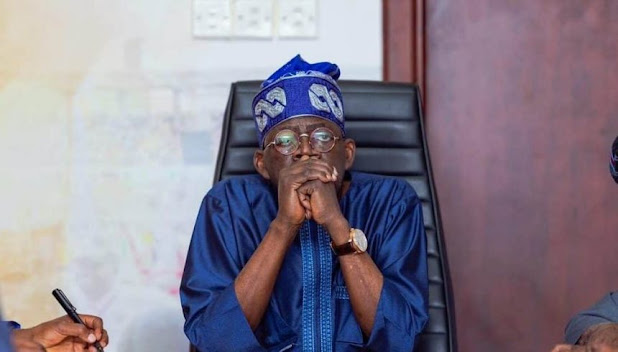 The Peoples Democratic Party (PDP) said the All Progressives Congress (APC) presidential candidate, Asiwaju Bola Ahmed Tinubu, is dazed by the achievement and popularity of its candidate, Atiku Abubakar.

PDP insisted that the APC Presidential candidate is not eligible to contest the election.

Tinubu had during the inauguration of the APC women’s campaign council in the Presidential Villa, Monday described the PDP as a termite party.

The opposition party in a statement by its National Publicity Secretary, Hon Debo Ologunagba, Wednesday said only APC can be described as a termite party.

The publicity scribe said “the doomed APC that is crawling, having become legally crippled and no longer a legitimate and valid vehicle to field candidates in the 2023 general elections.

PDP described it as disgraceful that APC Presidential Candidate, who is allegedly facing multiple legitimacy and disqualification issues, is displaying such vacuity in the public domain.

The statement read in part: “For emphasis, the PDP is a serious political Party campaigning on issues and we have refrained from commenting on the many personal, health, academic, ancestry and corruption issues challenging the APC Presidential Candidate.

“Apparently, dazed by the resounding presentation of the PDP Presidential Candidate, Atiku Abubakar at the hugely successful flag-off of our Presidential Campaign in Uyo, Akwa-Ibom State, on Monday, October 10, 2022, Asiwaju Tinubu has become disoriented to the extent that he can no longer articulate or engage in any productive and focused political discourse.

“This explains why the APC cannot constitute a Presidential Campaign Council, let alone flag off its campaign.

“Though the APC Presidential Candidate has demeaned himself before Nigerians, the PDP as a decorous Party will still refrain from commenting on the issues of his personal health and alleged unwholesome addictions for which he has become a butt of public joke.

“Since he procured the APC ticket, the APC Presidential Candidate has not made any meaningful comment or contribution to serious national issues, instead he has been engaging in illogical, incoherent and fatuous utterances.

“Our Party cautions Asiwaju Tinubu to advise himself, guard his utterances, face his many legitimacy and disqualification issues and stop making himself an object of public ridicule.

“What is expected of Asiwaju is to apologize to the nation for the woes and suffering brought upon Nigerians by the misrule of the APC which he helped to install and for which Nigerians hold him personally responsible”.