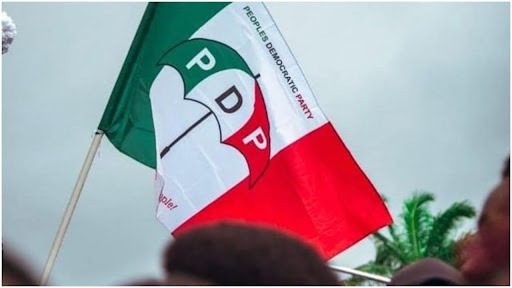 The Southwest Peoples Democratic Party Youth Alliance has faulted the National Association of Ogun State Students (NAOSS) for castigating the party’s governorship candidate in the State, Ladi Adebutu over his comments on Yoruba presidency.

The PDP youths said the governorship candidate and his father, Kensington Adebutu had track records of impacts they had made in the development of the southwest region.

However, they claimed that the presidential candidate of the All Progressives Congress (APC), Bola Tinubu, “has been supporting the Northern region since inception.”

The spokesperson for the group, Sunkanmi Oyejide, in a statement on Friday, dismissed the argument by the students’ body that Adebutu accused the Yoruba race of selfishness.

Adebutu had on Monday urged the southwest region to support the PDP flagbearer, Atiku Abubakar, who is from the Northern region, saying Yoruba is not the only tribe in Nigeria.

In reaction, NAOSS issued a statement describing Adebutu as an enemy of the Yoruba race.

But the PDP youths alliance clarified that Adebutu was only making a case for other regions to be given a ‘fair play’, noting that Nigeria had been ruled by people from the Yoruba region at various dispensations.

Oyejide said: “Ladi Adebutu never said Yorubas are selfish, but he was simply appealing to the principle of fair play, saying that Yorubas have been presidents of Nigeria under Olusegun Obasanjo and Ernest Shonekan.

“He only said the North West has never produced a president before, and that this should be a major reason Atiku should be supported.

”Adebutu is not a person that advocates against the interest of Yoruba people. If the contribution of his father to Yorubaland is anything to go by, then you will see what he has done in Yorubaland.

“The track record shows that he is not an enemy of Yoruba.

“Rather, it is Tinubu, the presidential candidate of the APC who worked against Mrs Mulikat Akande, who wanted to be the Speaker in 2015; Tinubu worked against her to support Aminu Tambuwal in 2015. It was Tinubu that worked against the woman, making it impossible to have the first female Speaker from the Southwest then.”

He added that Tinubu is yet to do or say anything about the killings in Ondo State and other States of the South West.

“If anything happens in the North, he will quickly go there to donate money, neglecting his own region here in the South West.

“If there is anybody that is an enemy of the Yoruba race, it should be the APC presidential candidate,” he said.

The Ogun youth leader enjoined the students association to avoid being used by politicians to destabilize the South West region, saying “NAOSS should face their education and they should not allow any politician to use them to destabilise politics unnecessarily.”