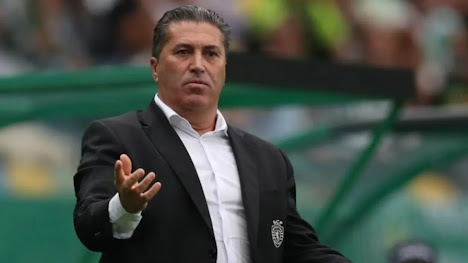 Jose Peseiro was appointed as Super Eagles head coach on May 15, 2022.

Since then, the Portuguese have taken charge of just five matches.

Peseiro’s two victories came in the 2023 Africa Cup of Nations qualifiers against Sierra Leone (2-1) and Sao Tome and Principe (10-0).

Although most fans have not been left optimistic by performances, it does feel too early to judge Peseiro.

Deji Faremi of the Busy Buddies thinks so.

“I think it’s hard to tell. It’s been just five games. Three of those have been friendlies.

“The two competitive games, we’ve won, so there’s hardly a pattern yet.

“I think we should give it some time. Obviously, we want to win games, but it’s important to see if the coach is building at something and if any clear trend is forming. There isn’t any yet,” Faremi said

“It’s difficult to analyse though. Two games in, without a fully fit squad; how do you score him? Shouldn’t even be a conversation, if you ask me,” Okomi says.

Wale Agbede of Plus TV points out that Peseiro “has had to work with different squads,” but is quick to add that “I think he should get some more time. That said, I generally have low expectations of him.”

Speaking after losing to Algeria despite taking an early lead, Peseiro said: “I am more confident than before after this match.

“One more step to that challenge to win the AFCON. Of course, before that, we need to qualify, we need more camping, we need more friendly matches because we want our team to play at a high level.

Next up for the Super Eagles will be a double-header against Guinea-Bissau in the AFCON qualifying series.

Maybe after these games, a pattern may start to emerge.