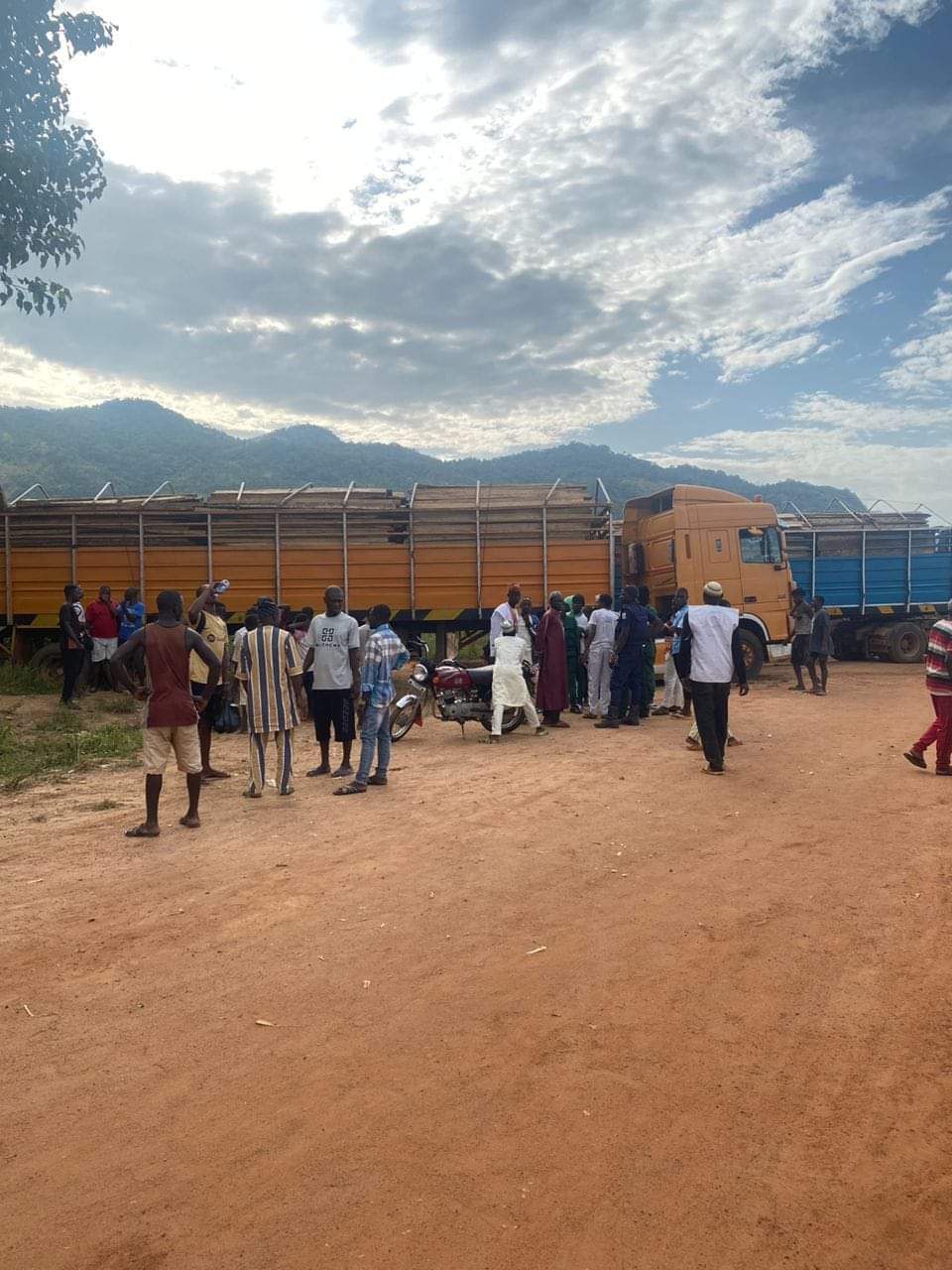 Angry truck drivers on Saturday blocked the only road leading to Baissa, the administrative headquarters of Kurmi Local Government Council of Taraba State.

It was gathered that their grievances were necessitated following the government‘s alleged refusal to attend to the recently collapsed bridge in Gayama village.

The said bridge, which was recently washed away by flood following the heavy rainfall that lasted for several hours, has not only halted business activities in and outside the council but has as well impeded negatively on the people of the council.

Piqued by the development, the truck drivers were observed to have unanimously agreed to press their demands by using their trucks to block the road.

Some of the truck drivers who spoke with newsmen, said their actions are geared at heralding government attention to the plights and that of motorists and passengers.

According to Walkili Umar: “Life has not been easy for us since this bridge was earlier this month brought down by flood.

“We have decided to close down the road due to the failure of the necessary agencies to take decisive actions in looking for an alternative route for trailers to convey their goods out of this local government.”

The truck drivers who vowed to enforce a no entry and exit in and out of Kurmi, believed that at the end of the day the action would force the government to take the necessary actions.