UCL: I need to know my future – Silva speaks on leaving Chelsea 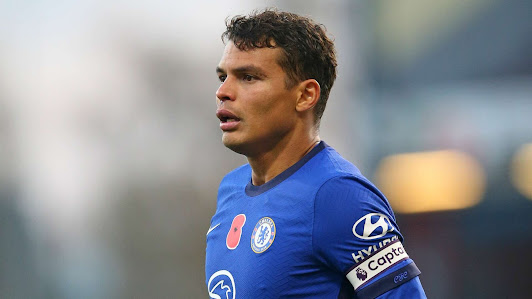 Chelsea’s veteran defender, Thiago Silva, has opened up on issues concerning his future at Stamford Bridge.

The legendary Brazilian was quizzed about his future ahead of Chelsea’s trip to AC Milan for the Champions League reverse fixture with the Italians.

The 38-year-old, who joined the Blues from Paris Saint-Germain in 2020, will see his current deal expire in June 2023.

Silva has already played 91 times for Chelsea across all competitions and made the trip to San Siro to face former club AC Milan on Tuesday.

“There will be a time to talk, before or after the World Cup, because I will need to know about my future and family arrangements. We will see what will happen,” Silva told reporters ahead of the game.

On the possibility of rejoining AC Milan, the Brazil international added, “I have already made my history here at AC Milan, so this isn’t the case here anymore at the moment.

“If this could’ve happened, it should’ve been before I joined Chelsea. But who knows, I will have to see then.”