‘We need him in the team’ – Napoli star, Simeone lavishes praise on Osimhen 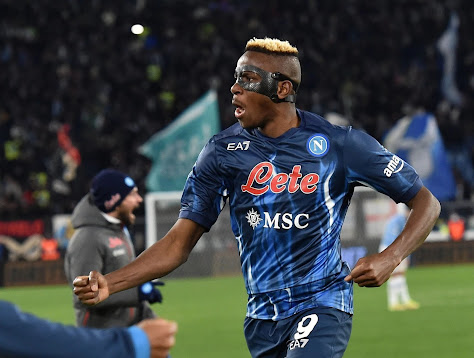 Simeone has shone for the Partenopei in the absence of the injured Osimhen.

The Italy forward was on target in Napoli’s 6-1 win against Ajax Amsterdam on Tuesday night.

Osimhen has been sidelined since picking up an injury in the UEFA Champions League clash against Liverpool last month.

“We know we need him in the team just like me and Raspadori. When he returns, the coach would have to decide who will be the first choice striker.”