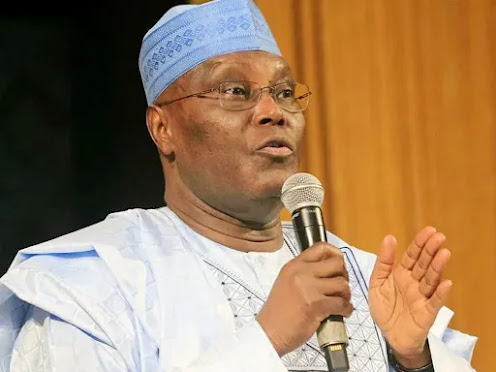 The presidential candidate of the Peoples Democratic Party (PDP), former Vice President, Atiku Abubakar, said they will hold the All Progressives Congress (APC) led Federal Government accountable for their failures.

Atiku in a statement to his supporters, Sunday described the 2023 general election as a referendum on the performance of the APC.

He said the APC and its presidential candidate, Asiwaju Bola Ahmed Tinubu, want to run away from their failure, but the PDP won’t let them.

The statement read in part, “In Benin yesterday, I made my plans clear about the work that lies ahead of us to unite, rescue, and restore Nigeria.

“It’s a plan that encompasses a wide range of the challenges that beset us currently, and the core purpose of my campaign is to market those plans to Nigerians.

“For me and everyone on the PDP side, including you, the next general election is a referendum on the performance of the APC.

“The ruling party will want to run away from their poor performance. In fact, they will wish that we focus on topics that are irrelevant to the next election. But we won’t give them that advantage. We will hold them accountable for their scorecards.

“But even that is not enough. What is more important is that we don’t make the same mistake again.

“That’s why it is incumbent on us to evaluate the plans of each political party and let that be the yardstick of our electoral decisions”.

Atiku assured that as the PDP presidential candidate, they would focus on issues relevant to the next election.