We’ll not back down until Ayu resigns – Wike vows 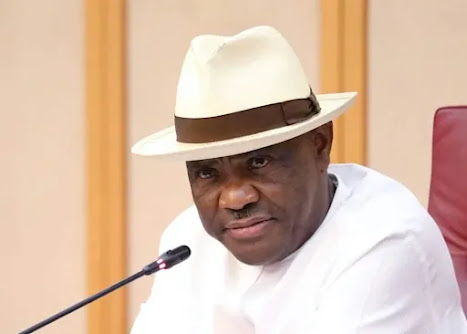 Rivers State Governor, Nyesom Wike has vowed that his camp will not back down in their demand for the resignation of the National Chairman of the Peoples Democratic Party, Iyorchia Ayu.

The Governor made the vow during a media chat in Port Harcourt on Friday.

Governor Wike said his demand is for the “interest” of his people.

He reiterated that the south should be allowed to produce a National Chairman since the President ticket of the party is in the North.

The Governor said those from the South who support Ayu”s chairmanship are hypocrites.

“All you should know is that we are not going to back down. When they say , go and talk to Wike and I ask them a question, they run away. Some of them are just hypocrites.

“I will look into their eyes and say, where are you from , what will you tell your children? You cannot tell them you’re a principled man?

“Our problem in this country is that we always accommodate evil and then you come and tell me it is for the interest of the party”.

The governor insisted that Ayu must fulfill the promise he made to resign when the presidential candidate of the party emerges from the North.