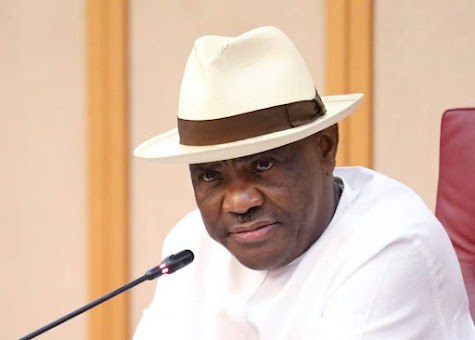 The political tension in Rivers State regarding who succeeds Governor Nyesom Wike in 2023 may rise in the coming days, as the major contender in the forthcoming governorship polls, Tonye Cole of the All Progressives Congress, APC, has rejected Executive Order 21 of the state government prohibiting political parties from holding campaigns and rallies using any public facilities without the payment of N5 million security fee.

Reacting to the policy, Cole described as “obnoxious” the signing into law of Executive Order 21 by Governor Nyesom Wike.

According to the APC candidate, such action was tantamount to stifling the political space for the opposition parties in the state.

He lamented saying, “We have noticed with great dismay the unfortunate attempt by the Governor of Rivers State to stifle the political space, especially for opposition political parties.”

This he said was “visible in the recent signing into law Executive Order 21, which prohibits the use of public schools, built by taxpayers’ money of Rivers people, for political parties’ events without the prior approval of the state ministry of education (not the school authority vested with the authority to manage the facilities) and the payment of an obscene unrefundable (sic) amount of N5 Million”.

In a statement signed by Barr Sogbeye ElI, spokesman of Tonye Cole Campaign Organization, the APC governorship candidate said the Governor cannot cow and crush opposition parties even before the elections proper.

Cole said, “We state unequivocally that Executive Order 21 is deliberately being orchestrated and part of the plot by the Governor to stifle competition from other political parties.

“Its a manifestation of his penchant to brutally crush and suppress opposition in a multi-party democracy instead of allowing citizens exercise their freedom of choice as enshrined in the Constitution. We are therefore not surprised that Wike would tow this path in his resolve to impose a lackey on Rivers State as his successor in office”.

The campaign organization, however, vowed that “the All Progressives Congress shall campaign with our candidates across the length and breadth of Rivers State as provided under the Constitution and as prescribed by law.”

Reacting to the de-recognition of Sir Celestine Omehia as the former Governor of the state, the Tonye Cole organization said the decision could not be said to be a case of restoring legality as claimed by the Governor.

According to the APC campaign organisation, the de-recognition came up “not as a correction of any past wrong or error, but a display of punitive arrogance which is incompatible with the Rivers State we plan to lead.”