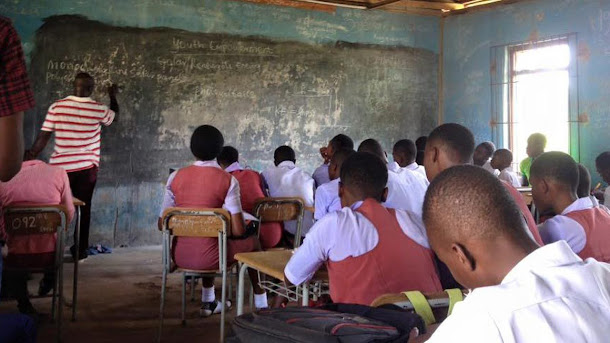 As Nigeria joins the rest of the world in celebrating World Teachers Day, some parents in Osun have called on the state government to make conditions of teachers and teaching conducive in both public and private schools.

They also called on the concerned authorities to recruit qualified teachers into schools to ensure smooth impartation of knowledge to children since they are the leaders of the future.

The theme for the year 2022 World Teachers Day is: ‘The Transformation Of Education Begins With Teachers’.

Steven Oladungoye, while speaking with DAILY POST in Osogbo, urged the federal and state governments to recruit more qualified teachers into the teaching scheme because most schools were understaffed and teachers already engaged were underqualified.

He said in most public schools, most subjects don’t have teachers taking them.

“In most public schools, there is a dearth of teachers. There are not enough teachers taking some of these subjects. You find a situation where a teacher teaches more than four subjects.

“Even at that, some of them are not qualified to teach these subjects. How will you explain how a teacher who is less qualified teaching physics and chemistry. These are subjected which need qualified teachers to take them.

“Go to some schools, you find NCE graduates taking senior secondary students. This is bad.

“When you call some of these teachers aside, their complaints is that they never had the chance to go for further studies and this system is killing education.”

Adisa Mohammed, on his part, wants more government control of the private school system to forestall the ongoing degradation.

Lamenting that many teachers in private schools, especially in Osogbo were underqualified, he revealed that he had to confront the proprietress of his children’s school when he discovered that most of what is being taught to his daughter was below standard.

“When I confronted her and I discovered that my daughter’s teacher was a National Diploma (ND) graduate.

“For God’s sake, what is an ND holder doing in a classroom with little children? Did she learn education in a polytechnic, or are Colleges of Education now offering ND as a certificate?

“When I discovered this, I promptly withdrew all my children from the school.”

Oluwatoyin Fayemi lamented that since the beginning of the Academic Staff Union of Universities (ASUU) strike, her children, who are both university undergraduates, have been idling away at home doing nothing.

“When you are talking of teachers, you are also referring to the education of children, and the strike by university lecturers is doing more harm than good to the higher education sector of this country. It is not helping anybody.”

On the action taken by the Federal Government to splinter ASUU into NAMDA and CONUA, Fayemi said, “when you visit a doctor and complain of a headache. The doctor will not just prescribe analgesics based on your complaint. By convention, the doctor will do histology, take down your complaints. Ask further questions and then do a lab analysis.

“From there, a diagnosis would be arrived at before treatment would be prescribed. That’s how to do when it comes to signs and symptoms. The issue of ASUU and strike is a recurring headache. Our Minister of Labour is a medical doctor, yet he couldn’t proffer a simple solution to the perennial strike.
He prescribed a cancer treatment to solve a recurring headache. Shame in Ngige and shame on Buhari.”

“Look at what they have done in Osun. The state government had made its intention of recruiting teachers known since before the pandemic. Many graduates have applied and till date, no recruitment has been carried out.

“The next we heard is that there is a disagreement between the ruling All Progressives Congress (APC) and the incoming Peoples Democratic Party (PDP) over the disagreement on the recruitment of additional teachers.

“This to me is unnecessary political interference. Don’t be surprised if qualified candidates are screened out in favour of their own people.”