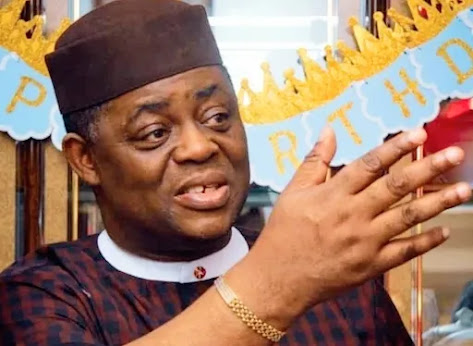 The Peoples Democratic Party, PDP, presidential candidate, Atiku Abubakar has been criticized for saying the North does not need a Yoruba or Igbo president.

Atiku said Northerners needed to vote for him rather than a Yoruba or Igbo candidate because he’s a Pan-Nigerian with a northern extraction.

Condemning his comment, a former Aviation Minister, Femi Fani-Kayode, said Atiku would not be allowed to treat Nigerians the same way he did to Governor Nyesom Wike of Rivers State.

In a series of tweets, Fani-Kayode said Atiku’s remark is unacceptable and despicable.

Fani-Kayode said Northerners in the All Progressives Congress, APC, believe that it’s time for power to shift to the South.

He wrote: “The North does not need a Yoruba or Igbo President: she needs a Northern President – Atiku Abubakar.

“Such tomfoolery is rarely seen even from the worst amongst us.

“Atiku’s words are not only unacceptable but also insulting, irresponsible and despicable.

“This is especially so given the fact that by next year we would have had 8 years of Northern/Fulani rule and now this man says we must have another 8 years of it because that is what is ‘best for the North’.

“Most Northerners do not believe this and thankfully they, unlike Atiku and members of his divided party, do not see Southerners as slaves and they regard us all as being equal.

“We will not allow Atiku to do to Nigeria what he did to Wike.

“We will not be cheated or denied.

“It is time for power to shift to the South and the overwhelming number of people in the North and certainly all the Northerners in the APC believe that.”