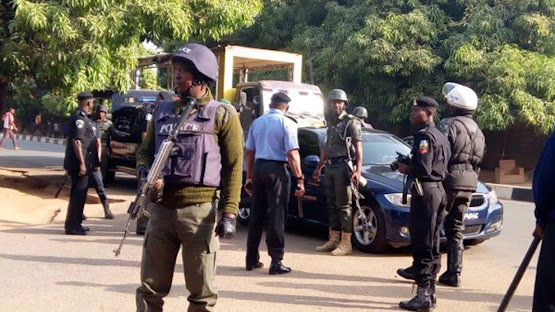 Operatives of the Zamfara State Police Command have arrested about five suspects for various offences related to banditry, arms deal and political thuggery.

He gave the names of the suspects as Lawali Yakubu, Aminu Abubakar, Su’aibu Mohammed, Abdulmumini Bawa and Surajo Yahaya.

Recovered exhibits include four locally fabricated guns with seven cartridges, one cutlass and bunch of charms.

He said, “On 15th October, 2022 at about 1815 hrs, Zamfara State Police Command received a distress call that armed political thugs carrying sophisticated weapons including locally0made guns and cutlasses were shooting sporadically at innocent people in Gusau.

“As a result, one person was killed and about eleven others were injured and now receiving treatment at Yariman Bakura Specialist hospital, Gusau.

“The command in an effort to curtail the situation and arrest the perpetrators, reinforced its tactical operatives, where on sighting the police operatives, the hoodlums started shooting thereby putting the lives of the Police Operatives and peace loving citizens into danger.

“However, the Police acted professionally and used minimum force which led to the arrest of five suspects in possession of locally fabricated guns, while others fled. Investigation is in progress and suspects will be charged to court upon completion of the investigation.”

He gave the names of the suspects as Abubakar Buda,

Bitrus Bulus AKA Peter and Weng Adamu, saying that AK-47 rifle and AK-47 live ammunition were recovered from them.

“On 11th October, 2022, Police Tactical operatives deployed along Tsafe – Funtua Road acted on intelligence information that led to the interception of a Golf vehicle dark arsh in colour, which was driven by one Abubakar Buda, a 32-year-old a native of Zuru Local Government Area of Kebbi State.

“The suspect was arrested along Tsafe – Funtua road, while in transit back from Jos in Plateau State to Kucheri in Tsafe where he was to deliver arms and ammunition to a notorious bandit leader called Chumo.

“Search was conducted on the spot, and the above exhibits were recovered in his possession.

“In the course of interrogation, he mentioned some of his collaborators Bitrus Bulus A K A Peter and Weng Adamu both ‘M’ of Jos South Local Government Area of Plateau state as his partner in crime.

“Same suspect further confessed to the Police that he has been into arm supply business where he severally collected arms and ammunition from one James in Jos now at large and deliver to the above-named bandit leader, who has been terrorising Tsafe – Funtua Road as well as attacked villages and communities in Tsafe and Mada in Gusau Local Government Areas respectively.

“The two other suspects were also arrested and they have confessed to being bandits’ collaborators’ Investigation is in progress.”

He further stated that another four suspected armed bandits were also apprehended that confessed to have been terrorising Tsafe- Funtua road.

According to him, exhibits recovered from them include two motorcycles, four handsets, one walkie-talkie and N140,000 cash.