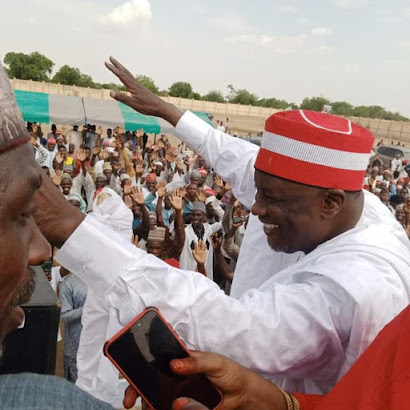 The New Nigeria People’s Party NNPP has said the 2023 general election is a choice between the pursuit of true democratic freedom or political servitude.

The NNPP gubernatorial candidate in Jigawa State Malam Aminu Ibrahim Ringim stated this over the weekend while unveiling the party’s Manifesto ahead 2023 general election.

He said the failed promises and unmitigated hardship visited upon the good people of Jigawa State by the past administrations and in particular, by the PDP and the outgoing APC government, have left citizens and the state worse off thus far.

According to him “This unwarranted prejudicial state of affairs leaves the people yearning for a paradigm shift and indeed a new leadership and government, which our great party, the NNPP would provide to reposition the State and its people for greatness”

“Therefore, I am seizing this opportunity to awaken the consciousness of the good people of Jigawa State to use the power of their votes rationally to rescue our State and the Nation in general, from the impending political bondage by entrusting the mandate of governance to the NNPP”

Mr. Ringim noted that the NNPP administration in Jigawa State would restore egalitarianism and initiate inclusive policies that would restore human dignity, public morality and the trust of the governed.