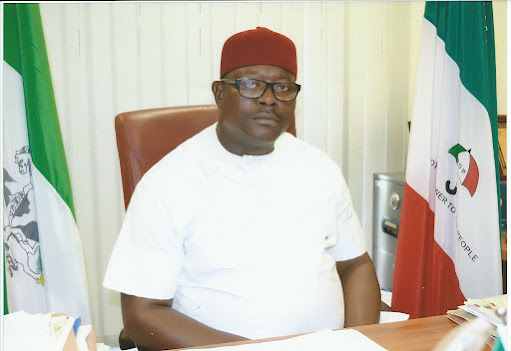 The former governorship aspirant of the Peoples Democratic Party, PDP, in Ebonyi State, Senator Obinna Ogba at the weekend said he has forgiven those that betrayed him during the contest.

Ogba, who represents Ebonyi Central Senatorial Zone in the National Assembly, made this known while speaking with newsmen in Abakaliki, the capital of Ebonyi State.

Senator Ogba, who aspired to be governor of Ebonyi State in the forthcoming general election, discontinued his ambition after the Supreme Court struck out his request for a review of its September 14, 2022, judgment, that upheld Chief Ifeanyi Odii as the governorship candidate of PDP in the state.

According to him: “The Supreme Court gave a final judgement on the lingering matter emanating from the outcome of the 2022 Peoples Democratic Party primary election in Ebonyi State. The outcome of the judgement may not be what we wanted or what we worked hard for and I am sorry that we didn’t win this legal tussle for the values we share and [the] vision we had for Ebonyi State.”

He, however, affirmed that he will never dump PDP for any other party, especially as the 2023 general election approaches.

He added: “On my political stand, I was first a human being before venturing into politics and I am a believer in politics of greater good for the greater number of our people and that is what the focus in the days ahead will be. Ebonyi people deserve peace, welfare and happiness.

“In every contest, the human plan is always to win but nature always has a way of letting us win some and lose some, most times, for a better alternative. I have forgiven those who in any way or manner willingly betrayed our just cause.”