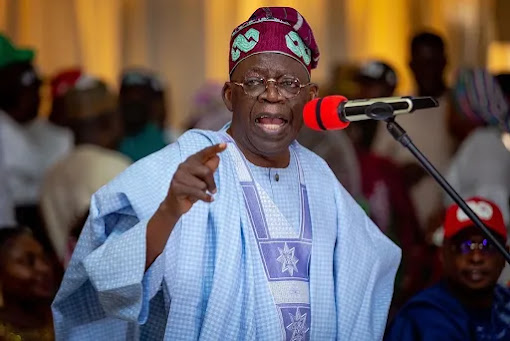 The presidential flagbearer of the All Progressives Congress, APC, Bola Tinubu has expressed optimism that the country’s challenges would soon come to an end.

Tinubu who spoke at the APC presidential campaign flag-off held on Tuesday at the Rawang Pam Township Stadium in Jos, Plateau State, said he is the hope of Nigeria.

The former Lagos governor pledged that if elected president in the forthcoming February election, his administration would be committed to progressive good governance.

He stated, “ Hope is back, Nigeria will be well. Nigeria will not sink. We hereby reaffirm our commitment to progressive good governance.”

Saga Gist reports that the campaign flag-off was attended by President Muhammadu Buhari, the APC governors and Senate President Ahmed Lawan among other party national stakeholders.

Governors Yahaya Bello (Kogi), Mohammed Badaru (Jigawa), Ben Ayade (Cross River), Mai Mala Buni (Yobe), and Nasiru el-Rufai (Kaduna) who all spoke at the event, pledged to work for the success of the party in 2023.