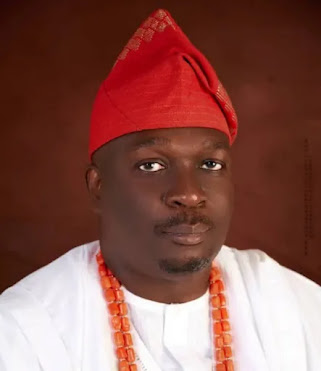 As the 2023 general elections draw nearer, a candidate of the Peoples Democratic Party (PDP) in Ogun State, Toyin Amuzu, has urged Nigerians to save themselves from the ruling All Progressives Congress (APC).

Amuzu said Nigerians should vote against the APC in the next general elections, considering the fact that living conditions in the country continue to get worse by day.

Amuzu, who is aspiring to represent Abeokuta South Federal Constituency in Ogun, gave this advice while donating a water borehole to the people of Elite, in Idi-Aba area of Abeokuta.

Amuzu, while lamenting the prevailing economic doldrums, insecurity and other challenges working against the nation, said “the ruling party has no solution to the myriad of problems confronting the nation.”

According to him, “the high cost of living, especially as it concerns staple foods, is quite worrisome and getting unbearable,” saying people now find it hard to make ends meet.

Amuzu described as unfortunate that, despite the “dismal performance” of the APC, the party has not seen any reason “to ameliorate or cushion the effects of its failures by supporting the suffering masses, even as prices of various goods continue to soar.”

He advised the people to note their friends and enemies, stating that “we in the PDP are committed to a better society where the overall wellbeing of our people and the development of our communities are top priorities.”

He spoke further: “No doubt, the PDP has great experience in governance and we have learnt our lessons. But today, they have destroyed our economy and a whole lot. Realities on ground have proved that governance is not a child’s play and the PDP really tried in its tenure, despite all their concocted lies, vile propaganda and deceits.

“Please, Nigerians should openly reject the APC in the 2023 elections if they want a vibrant change that would move them from hardship.”