2023: We defeated Lion of Bourdillon in Osun, we’ll finish him in Lagos – PDP to Tinubu 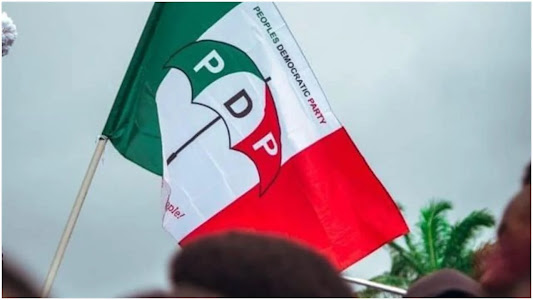 The Peoples Democratic Party (PDP) said it defeated the presidential candidate of the All Progressives Congress (APC), Asiwaju Bola Ahmed Tinubu in the last Osun State governorship election, adding that they will finish him in Lagos.

Ayu who commended the committee said their recommendations will help the party to resolve all issues.

The PDP National Chairman said: “Since you were inaugurated to help us handle the issue of reconciliation in Lagos and Osun and lately in Ekiti, you have done a very wonderful job.

“Firstly, regarding initial problems we had in the states you have helped us with interventions and recommendations to overcome some of these difficulties leading to the marvellous victory we have in Osun State.

“This is an achievement worth celebrating. Lagos is again looking very promising. PDP will have a governor in Lagos and several positions, the Senate, House of Assembly and so many other positions, and of course crown it with the massive victory of our presidential candidate.

“We defeated the Lion of Bourdillon in Osun and we want to finish a good job in his residence in Bourdillon. We can see that happening because we saw him shouting God bless PDP.”

He noted that if the party is united it will be easy for PDP to win most elections in 2023.

Earlier in his remarks, the chairman of the committee also assured that with unity of purpose PDP will sweep Lagos State.

Jegede explained: “We were able to come up with a memorandum of understanding, bring together the expectations of every person and more importantly the hope and desire of all of them to work together to achieve what we hope will be our victory come February presidential elections and March governorship in 2023, and state House of Assembly.”