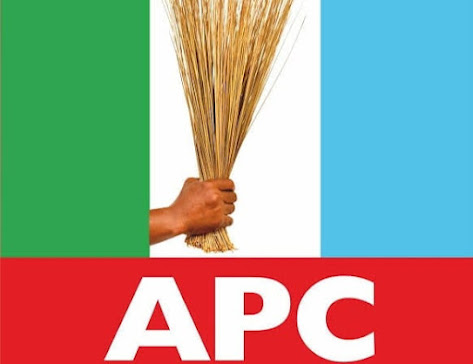 The Oyo State chapter of the All Progressives Congress (APC) has declared that it has no plan to attack the facilities of the Independent National Electoral Commission (INEC).

APC made this disclosure while reacting to an allegation raised by the state governor.

Saga Gist recalls that Governor Seyi Makinde of the state, through his campaign committee, had on Sunday raised an alarm that members of opposition political parties were planning to attack INEC facilities.

APC, which is the major opposition political party in the state, has however said that none of its members is interested in attacking INEC facilities.

The party made the disclosure via a statement on Monday.

The statement was signed by the Publicity Secretary of the party, Olawale Sadare.

APC in the statement said that it was surprised the governor’s campaign committee is raising what it described as a false alarm.

The party, while speaking further, described the alarm raised by the sitting governor as a deliberate falsehood, wicked propaganda.

The party insisted that such statement is a shameful attempt to mislead the public.

It urged the relevant stakeholders not to allow any individual to destroy the current democratic dispensation.

It concluded by saying that the need to put the record straight made it to react to the allegation raised by the governor’s team.

“We could have ignored the merchant of blackmail on their puerile claim of arson plan but we felt a need to put it on record that APC does not have any reason whatsoever to sponsor attacks against individuals and public facilities (including INEC offices) as it is not in our character or idiosyncrasy to destroy or sabotage.

“It is highly imperative for security agencies, traditional rulers, religious leaders and other stakeholders as well as patriots and friends of Nigeria to collaborate and ensure that no individual or group of individuals is allowed to truncate the electoral process for selfish gains,” the statement read.