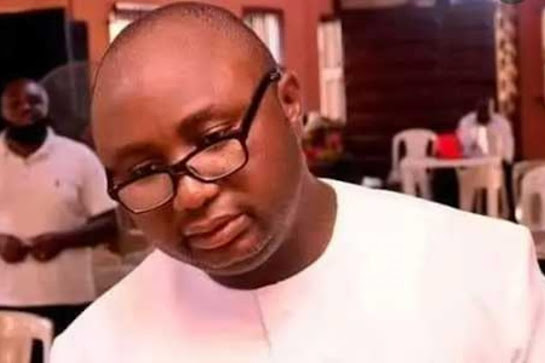 Activists said Aristotle played a key role in the passage of the Electoral Act Amendment Bill 2022 into law.

They disclosed this during the service of songs in honour of the frontline rights activist in Nigeria.

Ariyo died of lung cancer at the age of 41 on October 27, 2022, in Abuja, and he began his final journey with the service of songs at the Redeemed Christian Church of God (RCCG) The Everlasting Arms Parish, Garki.

The service of song had in attendance activists like the presidential candidate of the African Action Congress, Omoyele Sowore, Deji Adejanju, Aisha Yesufu, Sam Amadi, Mahmud Abdul and Osai Ojigho.

Speaking at the event, Amadi said Ariyo’s impact in ensuring the passage of the Electoral Act can not be underestimated.

Amadi said: “Ariyo did a lot in the area of electronic transmission of results which is now our last hope. The technology we have today, Ariyo, played a key role. Today, we are talking about the indirect primary and Ariyo was part of the advocacy when we had an issue around the direct and indirect primaries, Ariyo ensured that the law empowered INEC to take action in this regard.

“Very important is the ability to ensure citizens’ consciousness, today not just about the electoral reform laws, but we are still agitating for the appointment of INEC commissioners even though the National Assembly did not accept, but today we can see that there is a greater focus of citizens in engaging the process.

“Ariyo can take some glory because his efforts have created a strong citizen-based advocacy for electoral democracy.”

Also, speaking at the event, Sowore described the deceased as selfless, humble, and unassuming.

He stressed that Ariyo was one of the best mobilizers in the activism world.

Sowore said: “He is one of the young people that have a combo of characteristics; he’s calm, nice, selfless, he is unassuming and very humble. He is one of the best mobilizers in Nigeria’s activism movement. I do not agree with him all the time, but he never abandoned what he believed in and would always carry you along.

“I don’t know what to say, but my people are always afraid of me when they go out to protest, so Deji recruited him to help calm me down, and he did that for a very long time.

“As if he knew he would die, Ariyo left a legacy about what would happen in the 2023 election; he called on the authorities to ensure that the polls are free and fair. He was concerned about the election being a reflection of the aspiration of the people. He took sides with the truth when election matters were concerned and he had called to discuss the elections, but it was very sad that we lost him.”

The Abuja-based lawyer urged Nigerian politicians to play by the rules and allow votes to count in 2023.