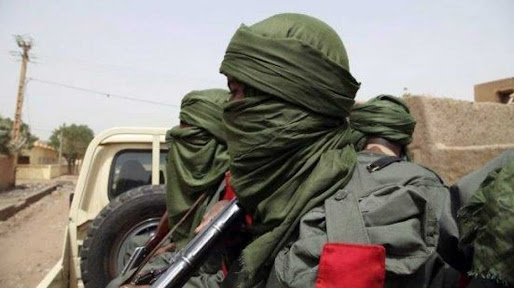 Muhammad Galadima, the district head of Kwangami village and six others in the Zurmi Local Government Area of Zamfara State have been kidnapped by bandits.

A source said that the armed terrorists abducted the victims on Monday.

According to the source, there was confusion in the village as the residents tried all they could to escape the attack, saying that many people were injured.

He explained that the District Head and the other people were abducted from their houses and taken to the camp of the abductors.

He said, “We are currently living in fear because the bandits are always around us abducting our people and asking for ransom.”

He revealed that just recently, “they (terrorists) abducted 10 of our villagers on their farmlands. They are still in captivity following their inability to pay the ransom.”

SP Mohammed Shehu, the State Police Public Relations Officer, could not be reached for comment on the incident.