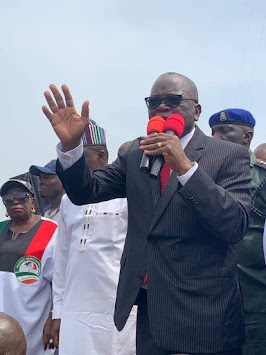 Thousands of youths and women across the four Local Government Areas of Makurdi, Guma, Gwer East and Gwer West of Benue State on Wednesday staged a solidarity march in support of Governor Samuel Ortom’s administration and his 2023 senatorial ambition.

The youths and women who converged at the Benue Peoples House, Makurdi, the State capital, expressed their readiness to ensure that the governor is elected to represent the Benue North-West Senatorial district in the National Assembly come 2023.

Leader of the group, Engr Conrad Utaan in his remarks said they were solidly behind Ortom, emphasising that the governor was the hope of the people. 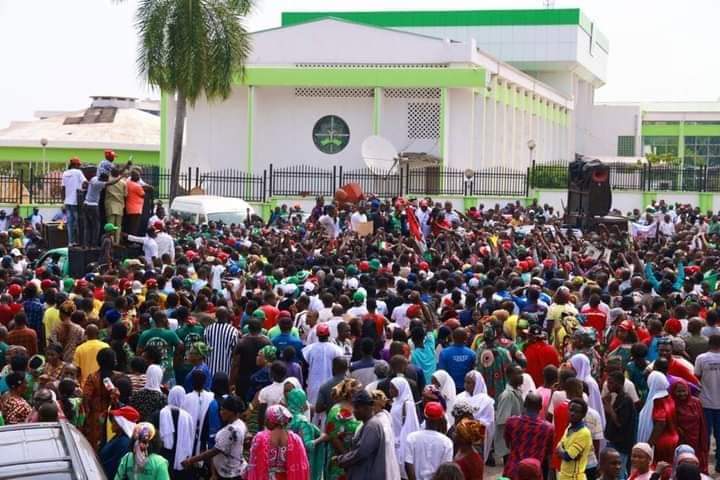 In his words, “Your Excellency our Governor and our leader, we have not come here for politics, we have come to tell you that the entire MINDA, Makurdi, Guma, Gwer, Gwer-West and by extension the entire Benue State is 100 percent behind you. We’ll support you. Your friends are our friends, your enemies will be our enemies. Anybody you support, we shall support, anybody you withdraw support for, we shall also withdraw our own support”.

Governor Ortom in his response said as a democratically elected Governor of Benue State, he would continue to do the will of the people.

He said, “I am a democratically elected Governor and since democracy is about the people, it is what you people want that I will do. I am encouraged and I want to assure you that by the grace of God, nothing will distract me from standing for the truth. 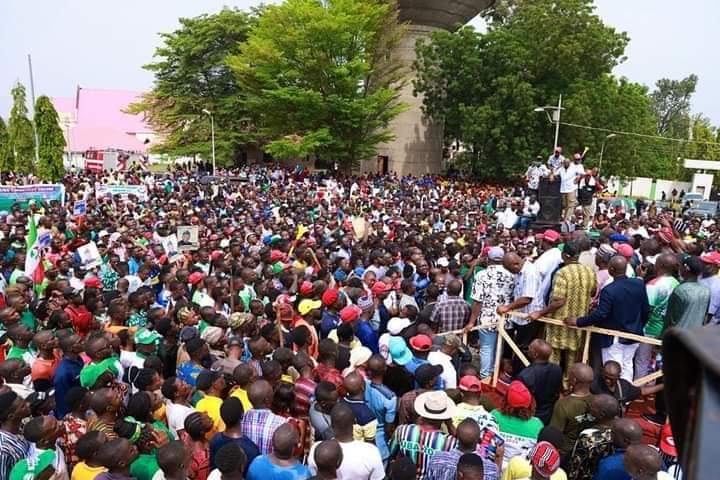 “I appreciate all of you and I want to assure you that I will never leave you. As your leader, I will continue to support you. That you have shown support to me and I have a duty by the grace of Almighty God and by the powers conferred on me by the Almighty God, I will ensure that I support you.”

He maintained that “democracy that is not anchored on the rule of law is doomed to fail as it is happening today in Nigeria.”

While thanking the youths for their solidarity and support, Governor Ortom assured them that nobody has the power to stop him from going to the Senate except God. 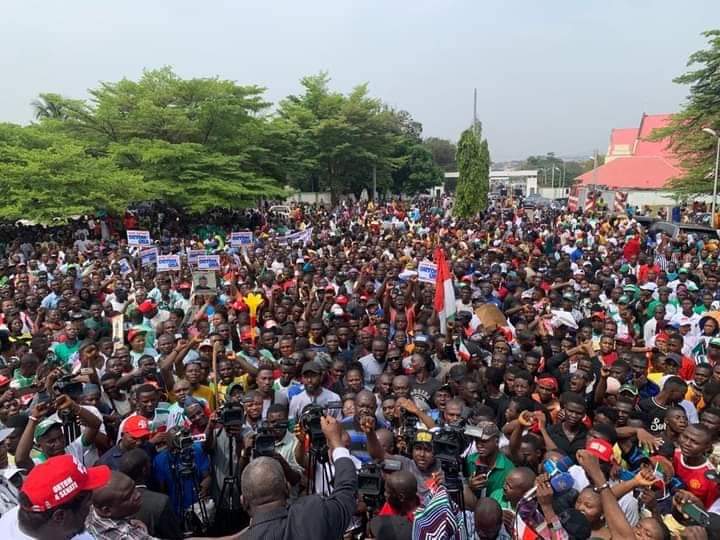 “The power of sending me to the Senate belongs to you. It is not any individual. They have no power, they can just say whatever they want but nobody can stop me and by the grace of God I will represent you people in the Senate,” he emphasised.