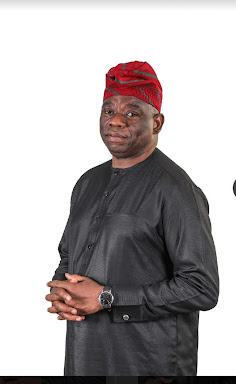 A Federal High Court (FHC) in Abuja has fined the Peoples Redemption Party (PRP) and presidential candidate, Kola Abiola, over their failure to file necessary documents in time.

Justice Fadima Aminu also fined the PRP over its delay in filing its counter affidavit in opposition to an aspirant’s amended originating summons.

The judge is hearing a suit filed by Patience Ndidi Key, a presidential aspirant in the June 5 PRP primary election.

The plaintiff’s originating summons marked FHC/ABJ/CS/1001/2022 challenged the emergence of Abiola as the flagbearer.

Key is asking the court to nullify the poll that produced the son of the late business mogul, M. K. O. Abiola.

She also wants an order setting aside the declaration of Abiola as the winner of the primaries.

Abiola and PRP were penalised after Key’s counsel, Magnus Ihejirika, said the defence lawyers were yet to serve their counter affidavits.

Ihejirika described the situation as “a deliberate attempt to stall proceedings”, and demanded a cost of N200,000.

The lawyer accused the defendants of employing a delay tactic to stall the hearing and determination.

Justice Aminu, who said the cost should not be a punishment but a compensation, ordered the PRP and Abiola to pay N20,000 each to Ihejirika.

The judge adjourned the matter to December 2 for definite hearing.

Justice John Tsoho had constituted the team of judges to determine all pre-election cases before the FHC in Abuja.