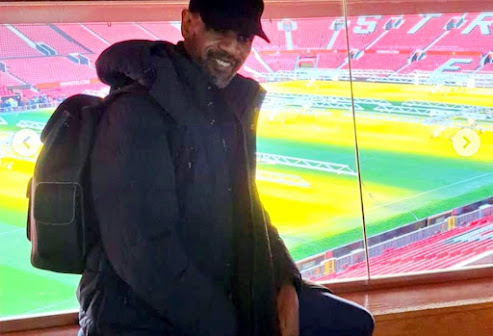 Recent photos of Pastor Biodun Fatoyinbo have got Nigerians talking on the internet.

The cleric is the Founder of the Commonwealth of Zion Assembly (COZA) with headquarters in Abuja.

At the weekend, some Twitter users posted multiple images which showed an underweight Fatoyinbo.

“What is happening to Biodun Fatoyinbo aka Gucci pastor? He looks really sick. He hasn’t posted since April 2022”, @AkwariCharles wrote.

In one of the replies, a respondent claimed that the man of God was ill but getting back in shape.

“He was sick for a short period of time but he’s fully healthy now. Just trying to regain his weight back”, the tweep noted.

However, a cross-section of social media users suggests Fatoyinbo might have been down with stroke or cancer.

The pastor was in the news in recent years after Busola, wife of music star, Timi Dakolo, accused him of sexual assault.

Busola dragged Fatoyinbo to an FCT High Court for allegedly raping her on different occasions when she was a teenager about two decades ago.

Through her lawyer, Pelumi Olajengbesi, she argued that the lawsuit “is predicated on a continuing injury which I have continued to suffer over a long period of time”.