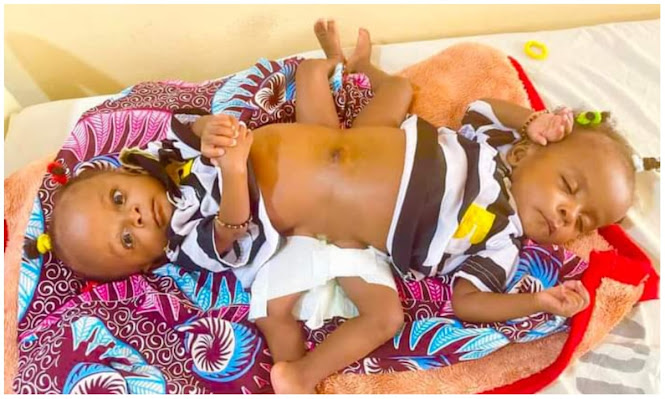 The National Coordinator, Global Initiative for Peace Love and Care (GIPLC), Mr Nuhu Fulani Kwajafa disclosed this in a statement on Saturday.

According to him, the babies born at the Ahmadu Bello Teaching Hospital, Zaria some months ago were triplets.

He said while one of the triplets is fine, the other two are conjoined sharing the same stomach and vital organs.

The statement said that the Dubai hospital had earlier put the bill for the surgery to separate the girls at over $300,000, but after assessing the case, offered to do the surgery for free.

Another hospital in London sent GIPLC a bill of £896,000 (Eight hundred and ninety-six thousand pounds) for the operation.

Mr Kwajafa had earlier posted on social media: “Following consultations with various doctors in the UK and Dubai (UAE), we are made to understand that Hassana and Hussaina’s case is the first of its kind, and a surgical procedure to separate them would cost over $300,000.

“After weeks of discussions with Dubai Hospital, Burjeel Medical City, Abu Dhabi, UAE, they have offered to do the surgery for free on humanitarian grounds.

“In fact, the Chairman of the Medical City has a keen interest in the case and has also offered to send a team of doctors to Nigeria to accompany the family back to UAE, for a projected 9-month post-surgery stay for close observations to complete recovery. The surgery will be conducted by Doctors from Italy, USA and the UAE.”

He said during one of GIPLC’s fund drives for the family’s upkeep at Gwagwalada Teaching Hospital where they have been for the past three months, Mr Samuel Aruwan, Kaduna State Commissioner for Internal Security and Home Affairs, sent N600,000 (six hundred thousand naira) for their care, and promised to be involved in their surgery.

Governor Nasir el-Rufai also promised to do something when the bills are out for the surgery.

Mr Nuhu Kwajafa, however, said that he is still soliciting funds to transport the conjoined sisters and their family to Dubai and for their feeding and housing in Dubai.

He appealed to all Nigerians to support the babies.