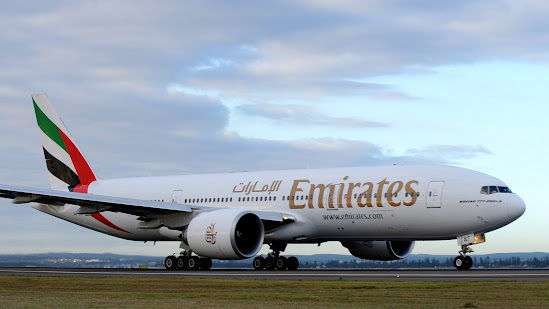 Emirates Airlines have announced the suspension of flights to Nigeria blaming the decision on the inability to repatriate its revenue from the country as the cause.

It said that the measure came into effect on October 29.

In a statement by the airline on Thursday, the airline said it had no option but to suspend flights to and from Nigeria to mitigate further losses.

Recall that the move by the airline followed a failed intervention by the Central Bank of Nigeria to resolve the issue of trapped aviation funds less than three months after it had earlier suspended its flights to the nation in August over the inability to repatriate $85 million in revenue.

The statement read in part, “Emirates has continued to actively seek a solution for the repatriation of the remainder of its blocked funds in Nigeria. We were encouraged by the Central Bank of Nigeria’s efforts of reviewing our request, and considered that this critical issue would be swiftly resolved with the subsequent clearance of our remaining funds.

“Under these extraordinary circumstances, Emirates had no option but to suspend flights to/from Nigeria from October 29 2022 to mitigate against further losses moving forward”.