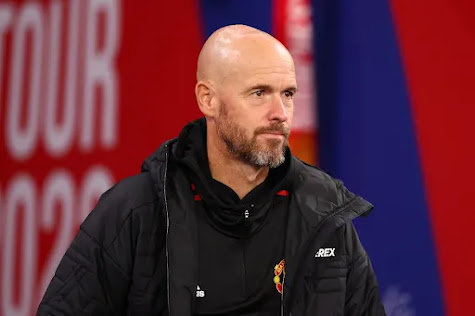 According to the Dutchman, when fit, Anthony Martial remains his first, he likes a player like the Frenchman who can hold the ball and finish perfectly and also a good presser.

Legendary striker, Cristiano Ronaldo was not part of Thursday’s Carabao Cup win through illness but had started and completed United’s previous four games.

And Marcus Rashford has also been used as a striker this season but Ten Hag made it clear that when fit, Martial is his first-choice centre forward.

“He [Martial] plays very well in a lot of aspects of football. I am happy with that, except his availability,” he told the press on Friday ahead of the Manchester United game against Fulham on Sunday.

“We have others. When we play with Marcus Rashford as the 9 we have a good part of the game.

“We have Cristiano and we have options there but quite clear to my way of playing, I like a player like Anthony. He can hold the ball, he can finish and is a good presser.”