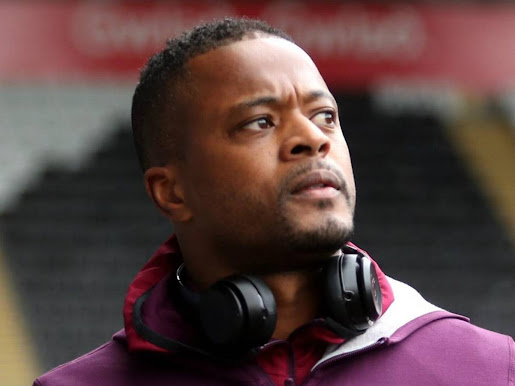 Former Manchester United defender, Patrice Evra, has explained that forward Cristiano Ronaldo slammed the Red Devils during his explosive interview with Piers Morgan because he was ‘hurt’ and ‘angry’.

Speaking on the development, Evra told Betfair: “It is a really low moment for Cristiano right now, and there are a lot of people criticising him about his attitude, but at the end of the day, we are all human.

“I am not trying to defend anybody, but sometimes, when you are hurt, you can make mistakes.”

He continued: “I think Cristiano Ronaldo will take his chance to show he is the best player in the world.

“‘In the last game, he was being booed by his own fans, so he will be really hurt. He has already won something with his country, but I’m sure this tournament will be personal for him.

“He needs to think about the team, and they have a strong squad, and I think Portugal can surprise some people. They have got an angry Cristiano Ronaldo right now.

“This could be his last world cup, and with everything that is going on with Manchester United, I am sure he can’t wait to start. In his head, he will already be training and getting ready.”