EPL: You may regret it – Agbonlahor to Chelsea’s Aubameyang over comments on Arsenal 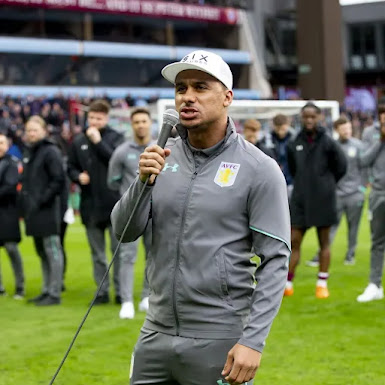 Former Aston Villa captain, Gabriel Agbonlahor, has warned Chelsea striker Pierre-Emerick Aubameyang that he may end up regretting comments he made about Arsenal.

Aubameyang is set to face Arsenal for the first time since he left Arsenal to join Barcelona in January.

The Gabonese attacker fell out with Arsenal manager Mikel Arteta after several disciplinary breaches and he left Emirates for Barcelona.

Seven months later, Aubameyang was back in the Premier League, this time signing for Arsenal’s London rival Chelsea.

The 33-year-old appeared in BT Sport’s advert ahead of Chelsea’s Premier League tie with Chelsea at Stamford Bridge and had a warning message for the Gunners.

Speaking on the development, Agbonlahor said he was baffled by the player’s comments.

Agbonlahor said on talkSPORT: “I was a bit baffled when I saw it. I am surprised.

“I feel BT Sport would have been buzzing with getting him to say those words because it adds more spice to the game, more viewers of course. But very strange, I don’t think you need to do that.

“I can imagine the media officer at Chelsea asked ‘do you want to do this?’ and he’s probably said, ‘yeah’. I’d have never done it, no.

“Because these things seem to work against you. It wouldn’t surprise me now if he came on and missed a sitter and Arsenal go and win, and you think, why did you have to do that?

“The respect he should have for Arsenal, yes he fell out with Arteta, but the fans loved Aubameyang. So I think it’s a silly thing to do and he could regret that.”