EPL: Your career is finished, I look better than you – Ronaldo replies ‘jealous’ Rooney 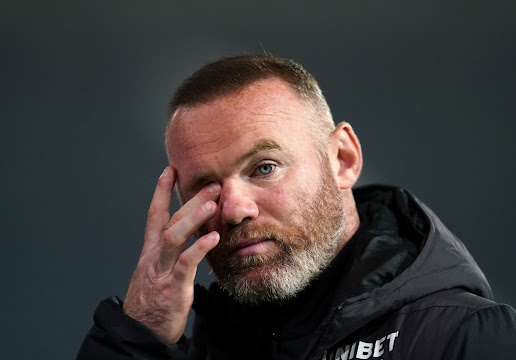 Cristiano Ronaldo has hit back at DC United manager, Wayne Rooney over his recent criticism of the former Real Madrid and Juventus superstar.

Ronaldo feels his former Manchester United teammate is jealous because his (Rooney) career is over.

Rooney, who now manages Major League Soccer side, DC United, during an interview with talkSPORT, was not entirely negative about Ronaldo.

The Manchester United’s all-time highest goalscorer felt the Portuguese could still be an asset for the Red Devils if he ‘got his head down’ .

Rooney and Ronaldo led one of the fiercest United attacks for five seasons and the former was not happy over the latter’s disregard for manager Erik ten Hag when he refused to come on as a substitute against Tottenham last month.

The 37-year-old stormed down the tunnel before full-time and left the stadium even before the end of the match and was punished by Ten Hag.

Rooney hailed the Dutchman for stamping his feet of authority at the club and described Ronaldo’s conduct as ‘unacceptable’.

Rooney went further to suggest that United were a better team without the Portuguese forward.

And speaking in an explosive interview with Piers Morgan, Ronaldo hit out at Rooney over his remarks.

Speaking to Piers Morgan Uncensored, Ronaldo said: “I don’t know why he criticises me so badly… probably because he finished his career and I’m still playing at a high level.

“I’m not going to say that I’m looking better than him. Which is true….”