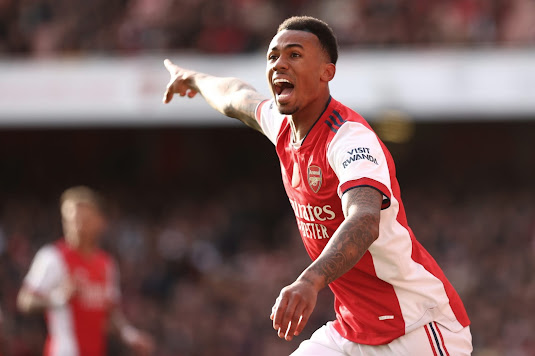 Former Manchester United midfielder, Johnny Giles, has hit out at Arsenal defender, Gabriel Magalhaes, claiming he is too aggressive and not good enough.

According to Giles, the Brazilian is a liability at the back in the Gunners’ squad.

Gabriel has been a key member of Mikel Arteta’s men so far this season, making 16 appearances across competitions and scoring one goal.

His current contract with Arsenal will expire in 2027, and Giles believes Gabriel is the only concern in Arsenal’s squad this season.

“They are a good all-round team, the only one is Gabriel. I always think he’s a bit of a liability, “Giles said (via HITC).

“He’s too aggressive at times, he gets into trouble and he gives goals away. But in terms of the overall team, the young players have come on well and Mikel Arteta has done a huge job there.”