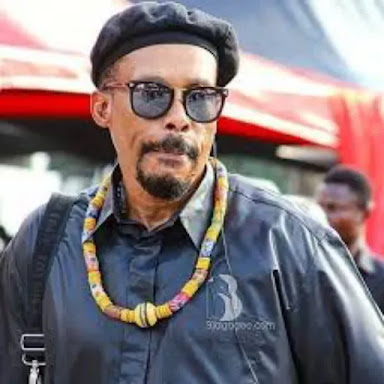 Nollywood actor, Hanks Anuku, has debunked speculations making the rounds on social media that he is mentally unstable.

Saga Gist reports that a disturbing motion picture of the popular movie star has been trending on all social media platforms alleging that he was found roaming the street of Benin in Edo State.

Days after the video surfaced online, Shan George while debunking the claim, said Anuku is “not insane” as widely feared, stressing that he was on a movie set.

Similarly, president of the Actors Guild of Nigeria, AGN, Emeka Rollas said on Thursday that the body was investigating the development.

However, addressing the controversy via a video clip on Friday, the actor said he is well, stating that those circulating the video were doing that to damage his image.

He said, “I just want to let you know that today is November 18, 2022, and I’m speaking live from my cabal. This is not an old video, it’s fresh from heaven above to the earth below. Find Jesus and leave me alone.

“Stop writing crap about me. If your family don’t have respect for Nigeria, then you better go to Jesus Christ for deliverance. Just leave me alone, please.

“I’ve been on set and anyone using those pictures and videos on set to try and destroy my image, may the holy spirit forgive you.”