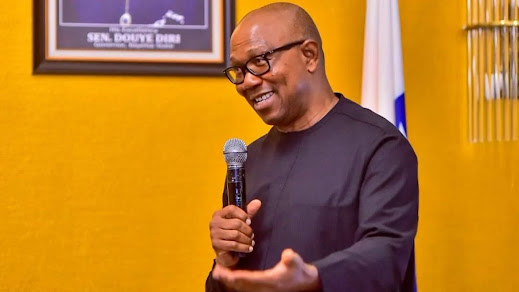 The presidential candidate of the Labour Party, Peter Obi, on Friday, advised people of Benue State to vote for candidates who share in their pains.

According to him, the 2023 general elections should produce leaders who would ensure normalcy returns to the state after several attacks by suspected Fulani herdsmen.

The former Anambra governor gave the advice while addressing his supporters on Friday in the Gboko Local Government Area of the state.

“Vote for those people who know you and know your pains. Next year please, vote for the right persons. We want a Benue where children will be in school and everything will be normal,” he said.

Several residents of the state have been displaced from their ancestral homes following unprovoked repeated attacks on them by armed men suspected to be Fulani herders.

Saga Gist reports that some Benue people recently fell out with the presidential candidate of the Peoples Democratic Party, PDP, Atiku Abubakar, for allegedly taking sides with Fulani people amid attacks.