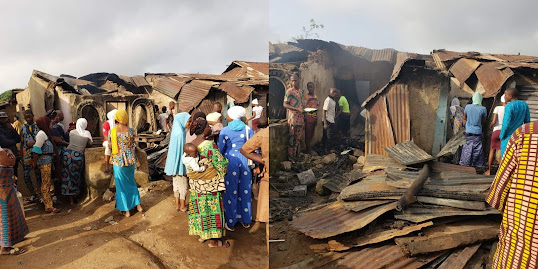 The shops were located at the Tomori compound, Òde Òkè, opposite Saint Peter’s Anglican Primary School.

According to an eyewitness accounts, the fire outbreak started in the middle of the night around 12 midnight on Saturday, November 12, 2022. 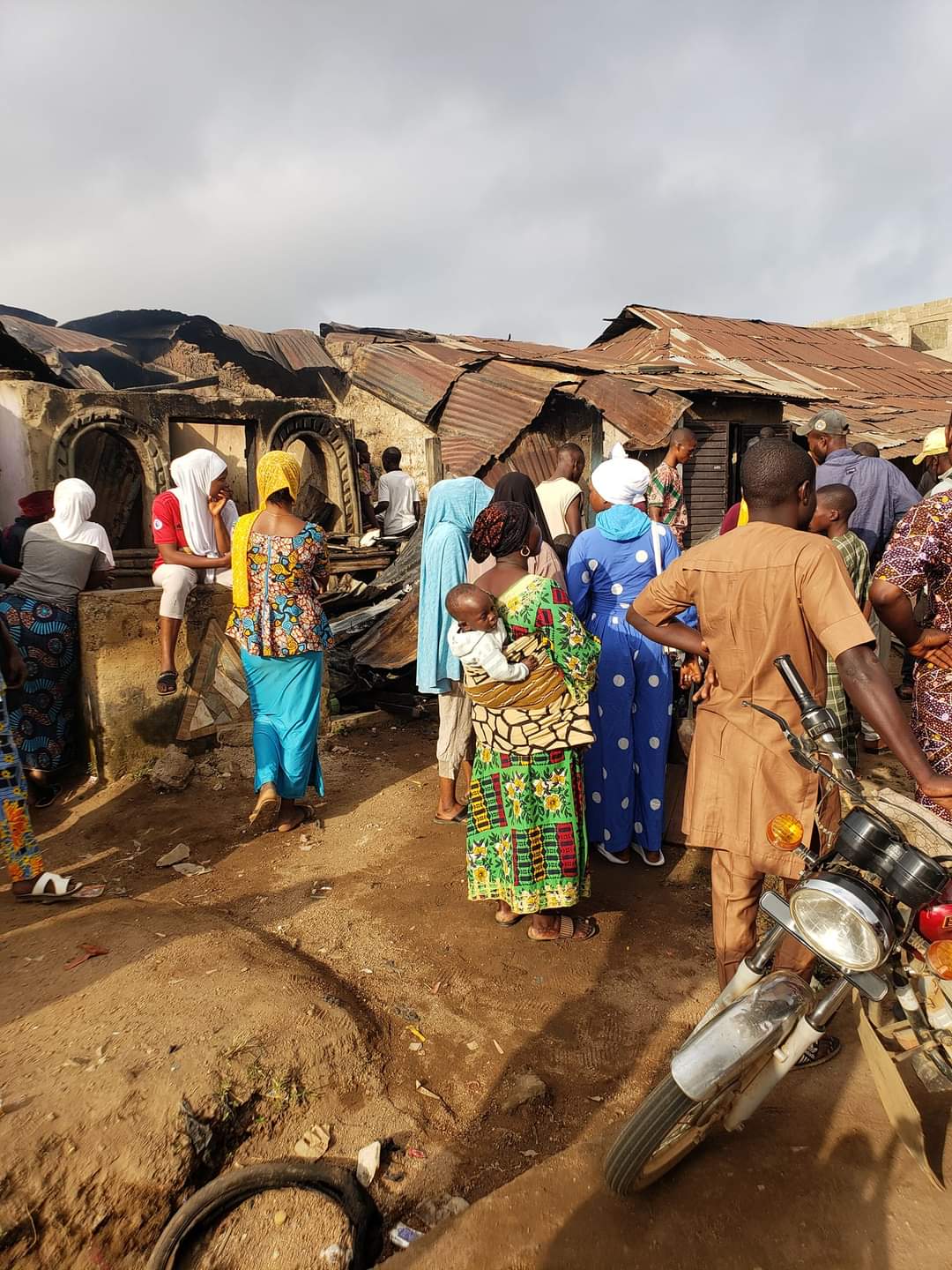 The eyewitness, who stated that the fire started immediately the Ibadan Electricity Distribution Company (IBEDC) restored electricity supply to Cottage Feeder, added that since the shops were locked up, nobody was aware it had started to burn until to was too late.

“It was motorcyclists who noticed smoke coming out of the shops who called out attention to the fire when they raised an alarm.

“Effort to get the fire fighters at their Ọjà Timi Fire Station to arrest the situation was abortive as they told us no equipment is available and the residents of the area had to resort to self help,” he said. 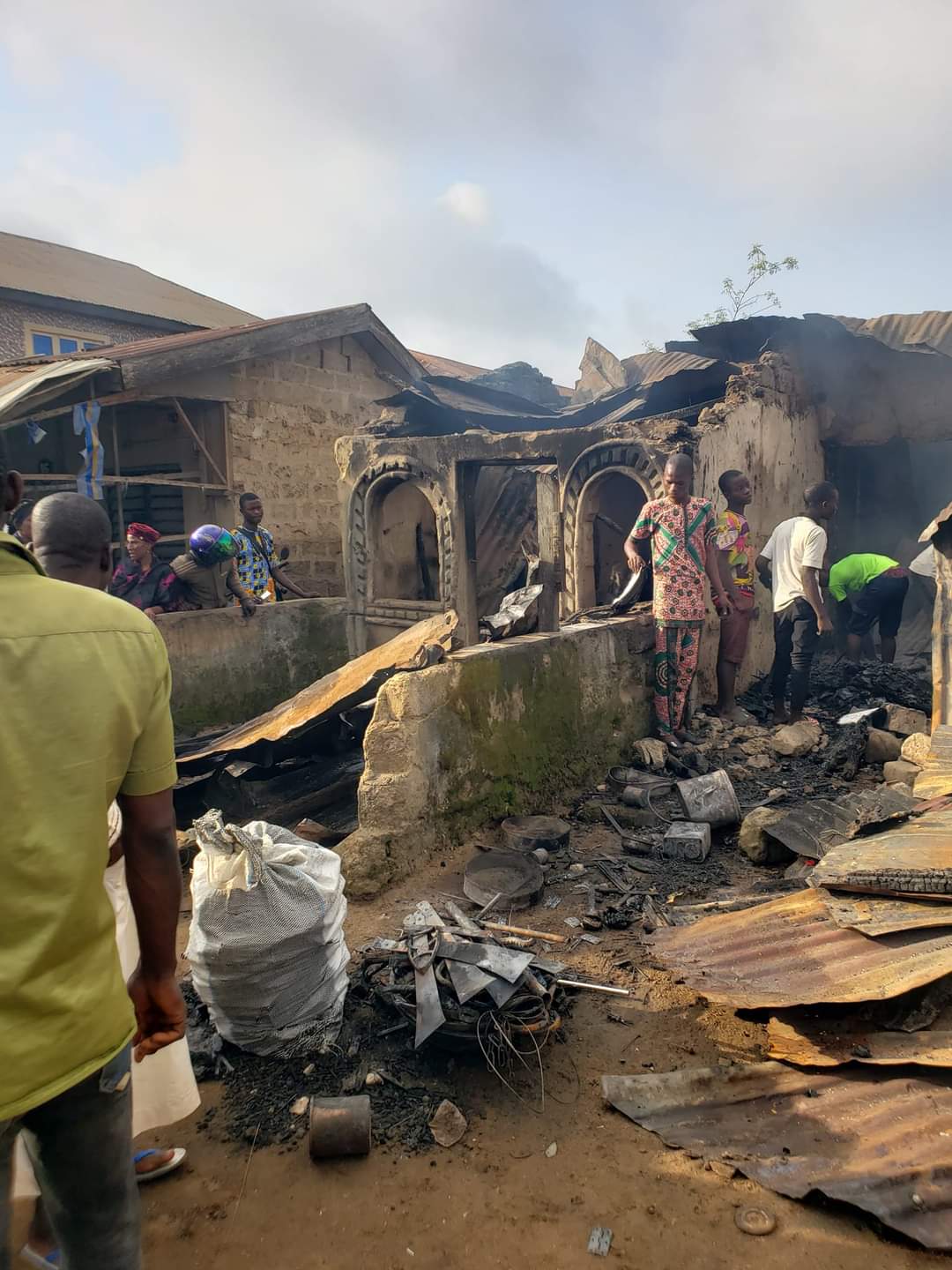 Reacting to the incident in a statement, Abdulazeez Mufutaudeen Idowu, National President of the Federation of Ede Youth Development Association stated that, “men of the Nigerian Army, Nigeria Police and Amotekun were on ground and all assisted in stopping the fire from getting to another building, but unfortunately goods worth millions of Naira were destroyed.

“Tailor/fabric seller, Hairdresser, Aluminium fabricator, ‘Worobo seller” were among the occupiers of those shops.”

While appreciating the security personnel for assisting in putting out the flame before it caused severe damage, Idowu called on the State government to equip the Osun State Fire Service in order to guard against loss of lives and properties to inferno, especially during this dry season. 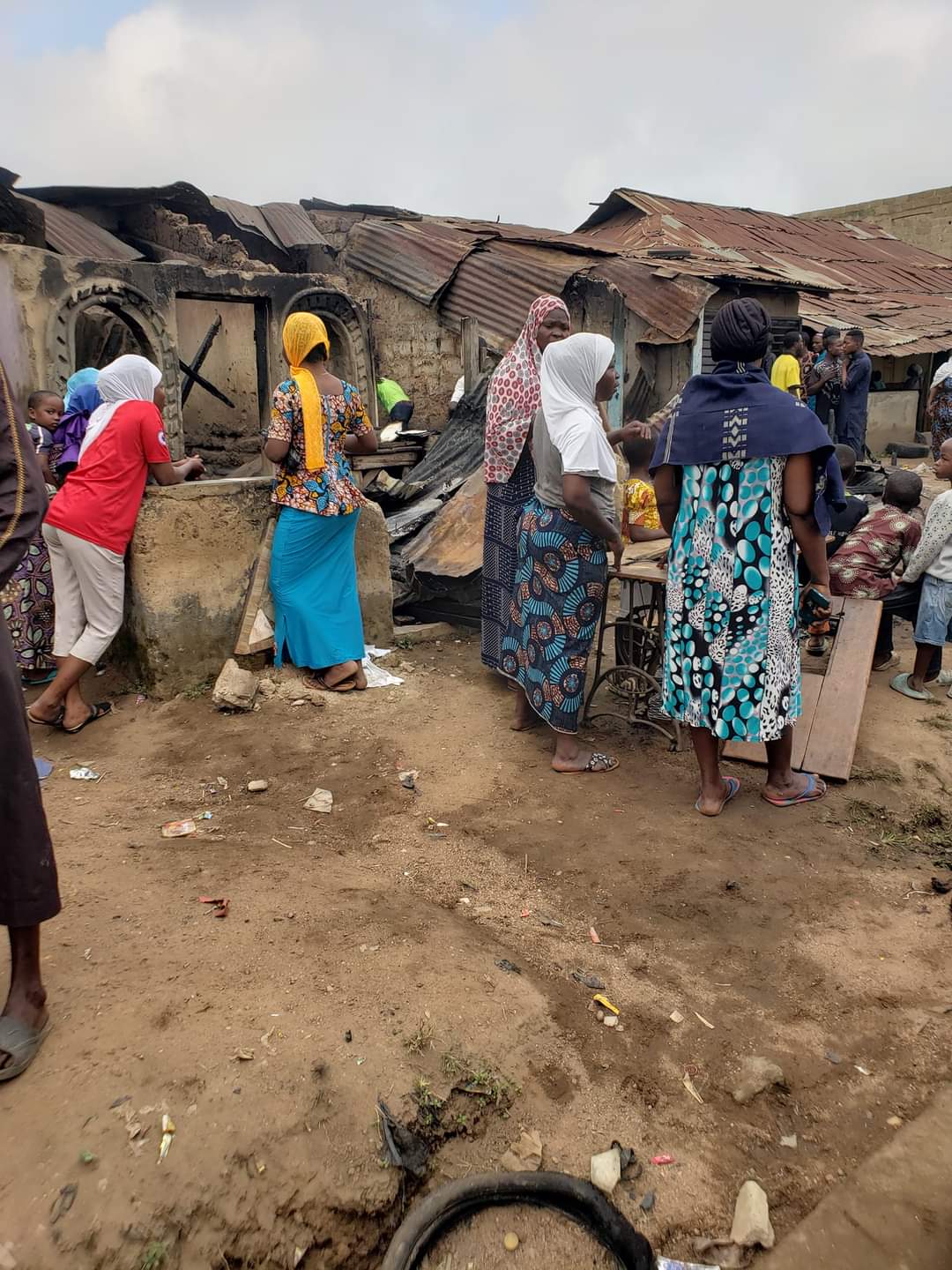