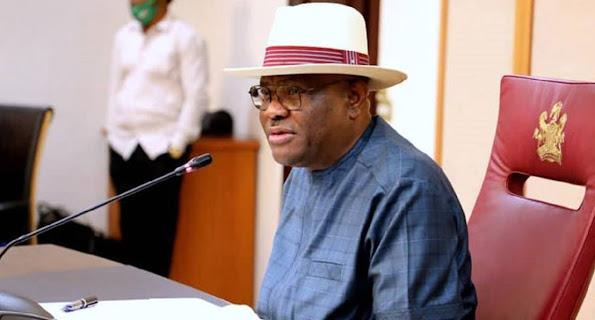 There are indications that the current internal wranglings in the Peoples Democratic Party, PDP, may not be over any time soon.

This is following the invitation by the Rivers State Governor Nyesom Wike to Peter Obi, the presidential candidate of the Labour Party, LP, to commission one of the projects executed by his administration in the state.

The announcement was disclosed by Dr Yunusa Tanko, spokesperson for the Obi/Datti presidential campaign.

Recall that Governor Wike is not new to inviting members from the opposition, especially from the All Progressives Congress, APC, to commission projects in his State. An act, which has not gone down well with the PDP.

The governor had in August this year invited the Governor of Lagos State, Babajide Sanwo-Olu, a member of APC, to commission a flyover project, at the popular Waterlines junction on Aba road, sparking rumors of his defection to the ruling APC and readiness to work for Bola Ahmed Tinubu of APC’s candidature. 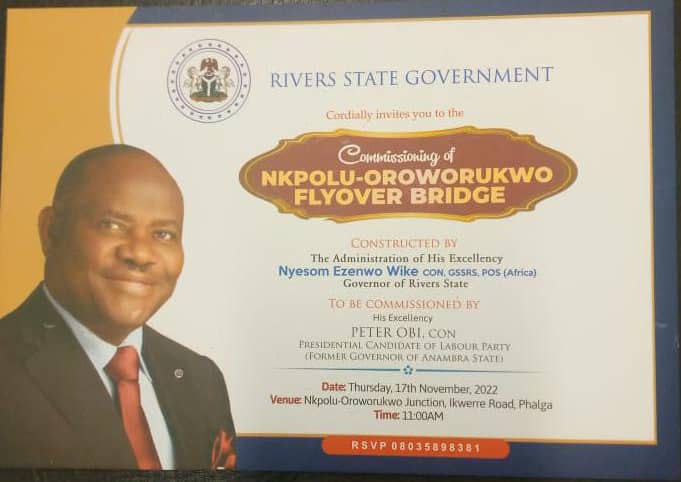 Wike, currently leading a group of G5 governors that has Samuel Ortom of Benue State, Seyi Makinde of Oyo State, Okezie Ikpeazu of Abia State, Ifeanyi Ugwuanyi of Enugu State as members, recently indicated his group might be moving toward reconciliation with the Presidential candidate of PDP, Atiku Abubakar, after months of bickering.

According to the invite sighted, the event is slated for 17th November, 2022 and the project to be commissioned is identified as Nkpolu- Oroworukwu Flyover Bridge project in Rivers State.

Sharing the invite on his Twitter handle, Tanko wrote, “We are inching closer to reclaiming Nigeria for the Nigerian People……….. Join us Rivers State People!!!. We keep moving Obidently & Yusfuly. Destination Aso villa.”