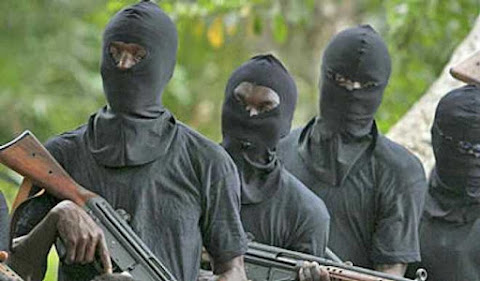 Some unknown gunmen have reportedly kidnapped a woman from the vehicle of a legal practitioner, Sanni Boladale, in Abeokuta, the Ogun State capital.

The incident, it was gathered, happened at the lawyer’s entrance in the Soyoye area of Abeokuta-North Local Government.

It was gathered that the kidnappers had suddenly emerged from their hiding place and descended on the lawyer, who was returning home.

He was said to have struggled with them and escaped, leaving the female occupant, Hannah Opeyemi, in the car and she was dragged away by the hoodlums.

A resident of the area said the incident occurred Friday at about 7:30 pm.

As of the time of filing this report, the whereabouts of the woman remain unknown as the abductors are yet to call the family for ransom.

When contacted, the Ogun police spokesperson, Abimbola Oyeyemi confirmed the incident on Sunday.

Oyeyemi said the command is making frantic efforts to rescue the victim and arrest the kidnappers.