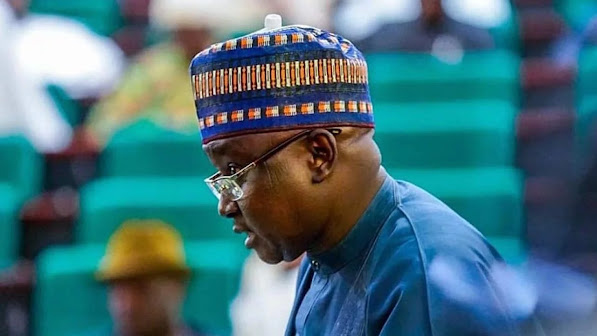 Kano State House of Representative member Alhassan Ado Doguwa has debunked as fake the news that he had threatened to expose Governor Abdullahi Umar Ganduje over alleged deductions from salaries of local government workers in the state.

Doguwa, representative of Doguwa-Tudun Wada Federal Constituency of Kano State and the Majority Leader of the House of Representatives, described the news as malicious and a calculated attempt to tarnish his reputation.

Reacting to the report published by an online platform, Doguwa’s signed statement described the report as blatant falsehood, mischief, and fake news concocted by his detractors to tarnish his image and cause confusion between him and Governor Ganduje.

The lawmaker who is “demanding retraction and apology from the publisher, within 48 hours,” failure of which will lead to litigation, stated: “Our governor remains my father, my leader and my mentor for life, no matter the fake news and antics of mischief makers hell-bent on causing confusion between us.”