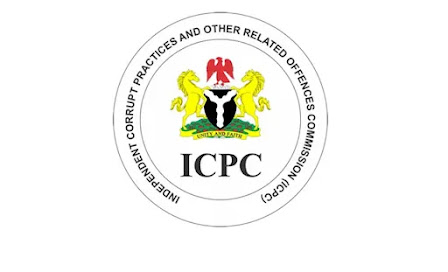 The Independent Corrupt Practices and Other Related Offences Commission, ICPC, has arraigned a former Acting Director-General of the National Biotechnology Development Agency (NABDA), Professor Alex Akpa, on a 4-count charge, bordering on fraud, abuse of office and other ancillary offences.

This was contained in a statement released on Thursday by the commission’s spokesperson, Mrs Azuka Ogugua.

Professor Akpa was docked alongside Mr. Famous Daunemigha and Wesley Ebi Siasia, a former member of the Governing Board and an Ex-Director of Finance and Accounts of the Agency respectively.

ICPC in a Charge No: FHC/ABJ/CR/302/22, brought before Honourable Justice Inyang Ekwo of the Federal High Court sitting in Abuja, had accused the defendants of diverting into private pockets the sum of N400m meant for the establishment of Bioresources Development Centres in four states of the Federation.

The Court was further informed of how the said sum of N400m which the former Acting DG claimed to be an intervention fund for the biotechnology agency was shared among the trio in the ratio of N260m, N50m and N40m.

Counsel to ICPC, Golden Iwuagwu, also told the Court that the Commission has readied up seven witnesses to testify against the accused.

Their action is contrary to Section 18 (2) (d) and punishable under Section 18 (3) of the Money Laundering Prevention and Prohibition Act, 2022.

The accused persons all entered a “Not Guilty” plea when the charges were read to them.

The trial judge consequently granted them bail on terms of the administrative bail that had earlier been granted by ICPC.

The Judge also ordered the prosecution to forward to the Registrar of the Court within seven days the documents of the administrative bail granted the defendants by the ICPC.

The matter was then adjourned to the 6th, 7th and 8th March 2023 for hearing.