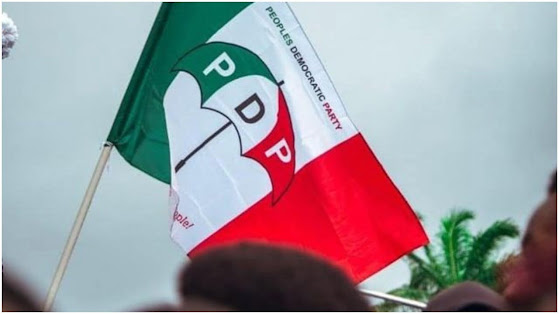 The Peoples Democratic Party (PDP) in Imo State has denied rumours of a crisis of any form or shape in the state arising from the composition of the Presidential Campaign Council.

The opposition party also clarified that all the guidelines, processes and procedures laid down for the composition of the 2023 Presidential Campaign Council and Campaign Management Committee were strictly adhered to in the state.

PDP made the clarification in a statement signed by its Publicity Secretary, Collins Opurozo in Owerri, Imo State.

Recall that the All Progressive Congress, APC had alleged that the leaders of Imo PDP in a desperate fight against themselves, invaded the venue for the inauguration of the state presidential campaign council with armed thugs, leaving party men and women to scamper for their safety with various degree of injuries.

But in a swift reaction, PDP said the clarification has become necessary given the rumours in certain quarters that there is a crisis in the party caused primarily by some non-existent shortcomings with the Presidential Campaign Council List.

The statement further reads: “It is also important to state in clear terms that no single name was removed from the list already approved by the Presidential Campaign Organization for Imo State. Any insinuation to the contrary is very far from the truth.

“For Imo State, the chairman of the Presidential Campaign Council, His Excellency the Rt. Hon. Emeka Ihedioha, CON, is both the former governor of the state and the last governorship candidate of the party. This cannot be contested.