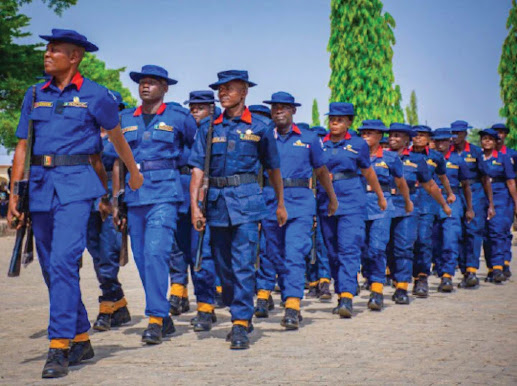 The Nigeria Security and Civil Defence Corps (NSCDC), Osun State Command has deployed 3,700 personnel for the inauguration of Senator Ademola Adeleke as governor of Osun State.

Senator Adeleke would be sworn in on Sunday, November 27, 2022, as the governor of the state at the Osogbo City Stadium.

In a statement by the Osun NSCDC Commandant, Agboola Sunday and signed by Adeleke Kehinde, the Acting Public Relations Officer of Osun NSCDC Command, the security outfit and other sister agencies in the state had on Friday embarked on a show of force as a way of sending a signal to criminally-minded individuals in the state.

According to him: “There will be a joint operation by all security agencies which is “Operation Stop and Search” within the state at some identified flash points.

“It is not business as usual. We know our job and Osun State deserves better security architecture and we have put that in place.”

Agboola while appealing to parents and guardians to warn their children and wards against being used for mischief, he also reiterated the commitment of the corps to uphold her security mandate.

Agboola who urged the people of the state to remain calm added that his men will be fully on ground during and after the inauguration to maintain law and order in the state.